Clavent, an India based global conferences company, has been hosting its flagship event, TESTCON, across the world for the past few years in countries like India, Australia, Singapore, Philippines, UK, and more. Considering the COVID-19 outbreak, Clavent has cancelled all their physical editions worldwide and is hosting one global virtual edition of the conference TESTCON VIRTUAL SUMMIT on September 25th–26th. The conference will reportedly be hosting 400+ attendees from 20+ countries and 25+ speakers from around the world to discuss the disruptions and latest buzzwords in software testing. The virtual conference will allow real-time interaction and seamless networking experience with speakers and fellow delegates. The platform will try to recreate all the elements of an offline conference in an online environment.

During the two days of virtual talks and discussions, attendees will discover industry secrets and gain a new cache of knowledge about the latest in Test Automation. Clavent has secured an outstanding lineup of talented thought leaders and influencers from the industry like; Pradeep Soundararajan from Moolya; Gaurav Mahajan from Contentserv; Ajay Balamurugadas from Qapitol QA; Rahul Prasad from Bobble AI; Bilal Ahmed from Tricentis; Ketan Joshi from Deutsche Bank; Laveena Ramchandani from Deloitte UK; Divya Vaishnavi from GitHub; Sumit Mundhada from Vodafone (_VOIS), Silvia Ohr from ASX Australia; Vikas Mittal from Forbes; and more.

“We have been hosting TESTCON in more than eight countries around the world, but this year, with the COVID outbreak, the entire industry has taken a hit and there have been major layoffs and shutdowns; still we as an organisation are adapting to the situation and organising virtual conferences. I personally believe it’s really tough to recreate the experience of an offline conference into a virtual/digital realm, but we have been hosting virtual conferences across the year and we tried to recreate a decent virtual platform to enable learning and networking. We really wanted to continue to do our job of facilitating a platform to showcase the best in software testing and test automation and thus, a virtual conference!” said Sneha Betharia, Director of Clavent.

The conference is set to take place this week on the 25th and 26th of September, starting at 10 AM IST. For more information and to register for the Testcon 2020 conference, http://bit.ly/testcon_2020. Join pre-conference discussions and thought topics on twitter (@calventevents #Testcon2020) and Facebook. 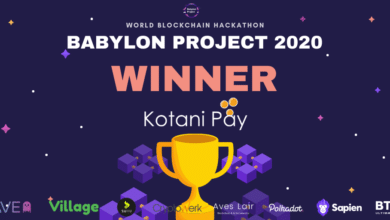 The Babylon Project Concludes With Developers From 65 Countries

CBDCs – Might Be an Alternative to the Current Monetary System 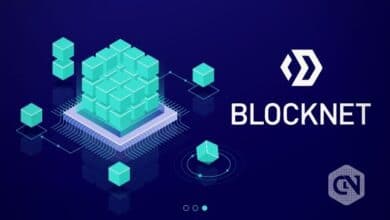 Blocknet: Learn About the Internet of Blockchains

Bitcoin is Bullish; Is this a Bull Trap Again?