Ethereum the most widely adopted platform, and soon, ETH payments for Amazon could be a reality. Payments processing company CLIC Technology has announced that it has entered in a partnership with blockchain service provider Opporty to build infrastructure for ETH payments on Amazon. They will be building a browser extension, which will allow users to pay via ETH Tokens, even though Amazon does not accept digital assets as payment instruments.

“Bringing cryptocurrency to the e-commerce marketplace is the merging of two next-generation industries. We’re excited to be working on this project with Opporty, and to move forward on a number of other ambitious projects with them as well.” 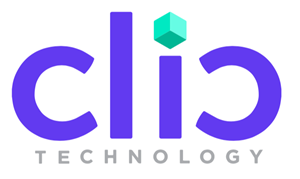 CLIC Tech further stated that traditional platforms based on Ether are designed to handle around 20 transactions per second. However, the speed required for a financial ecosystem as vibrant as Amazon is much higher. Amazon currently processes over 300 transactions a second, which makes using ETH for payments virtually impossible.

The company feels that it can improve processing speeds exponentially by using Opporty’s Plasma Cash, while also reducing the load on the system. This could result in processing speeds faster even than traditional stalwarts like MasterCard and VISA. The two blockchain companies will create a payment mechanism which, in addition to Ethereum, will also process all tokens based on ERC-20, ERC-721, and other Ethereum based protocols. This will open the door for enormous possibilities, not only for Ethereum but crypto adoption in general.

CLIC Technology is a FinTech company which develops and promotes, new and innovative blockchain based solutions. It created a cutting edge crypto-payment gateway system which facilitates the use of digital currencies for online purchases while allowing merchants to accept crypto payments and immediately settle their accounts in fiat currencies.