CMTA is a not-for-profit association, created in the joint initiative from Swissquote online bank and Temenos, market software provider along with largest law firm in the country Lenz and Staehelin. Earlier this week, the Swissquote bank also announced of becoming the “first bank worldwide” which will be offering the purchase and custodial services to the ICO-based tokens for its customers.

It was established earlier this year in Geneva, and it focuses on working at promoting the use and adoption of blockchain and digital assets, basically the DLT, in the financial markets on a global platform.

The newly-released documents of the standard focus in two halves. One of them discusses the compliance standards for digital asset issuers such as whether they are positioning themselves as the Initial Coin Offerings (ICOs).

The second book regarded to the Swiss banks and securities dealers along with other intermediaries who wish to facilitate a formal relationship with the digital asset investors. 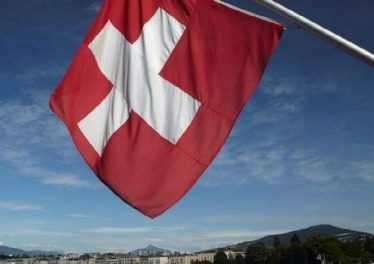 According to Fedor Poskriakov, the general secretary of CMTA, new standard documents intend to pay the way for “compliant tokenization regarding financial assets.” These standards are published to “clarify the measures that must be taken to comply with Swiss regulations against the acts of money laundering and financial terrorism.”

However, these standards do not have a formal regulatory status as of now, but the CMTA states that having them set provides them with a consensus representation among the financial sector experts.

They may not be a legal, regulatory set of standards, but they can help the digital sector to establish the facts that how a “good practice” should conduct and establish themselves while facilitating with the digital asset industry.

The laws for anti-money laundering regulations are making rounds this week. Earlier reports also suggest that the Financial Action Task Force (FATF) of France, has updated their standards regarding digital currencies for making sure that all the virtual asset service providers are aware and adopting the AML and CFT regulations set by the country’s government organization.

Restaurant in Kenya Allows You to Pay for Meals in Bitcoin