Coinbase, a major U.S. cryptocurrency exchange and wallet provider was filed over the charges of alleged insider trading of Bitcoin Cash, during the launch last year. The recent report confirms that the exchange company’s case is granted dismissal by the court, according to the court documents released on October 23.

The class action was filed against the cryptocurrency exchange giant in March this year by Jeffrey Berk. The accuser represented all the Coinbase customers who reportedly suffered through cryptocurrency and monetary losses because of the BCH insider trading. Berk remarked against the company and claimed that the exchange conducted their “wrongdoings” during the BCH support group held between 19 and 21 December 2017.

According to Vince Chhabria, U.S. District Judge from Northern District Court of California claimed that Berk had not sufficiently articulated his claims on the terms of a legal basis in his complaint against the exchange company.

Berk claimed that during the launch of BCH, the Coinbase employees along with other insiders already knew about the event and benefited from the trading event. He said in his complaint, “On December 19, 2017, a month after tipping off its employees as to when it would commence fully supporting BCH, Coinbase suddenly announced that it was opening up its books to the buying and selling of BCH within minutes after its announcements. Unsurprisingly, those who had been tipped off, immediately swamped Coinbase and the GDAX with buying and sell orders, thinning the liquidity but obtaining BCH at fair prices.” 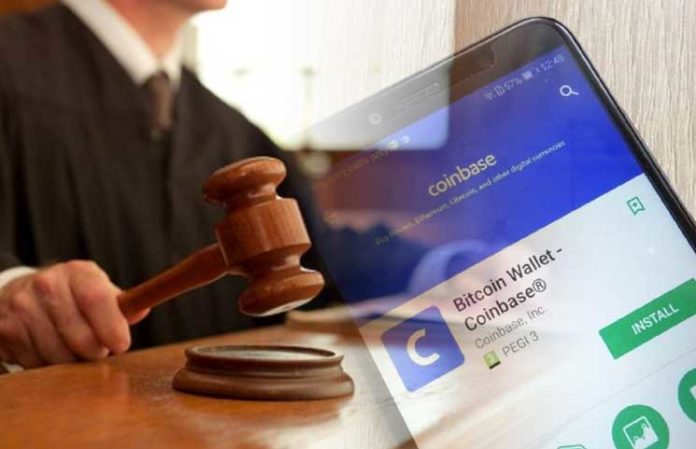 As Berk says, the action suspected drove up the BCH prices through unfair means, for their non-insider traders as soon as the BCH came on the Coinbase exchange listings. The claims are from the court complaint documents.

District Judge Chhabria quoted Berk’s complaint, saying, “Berk fails to describe the scope or content of Coinbase’s duty in anything more than broad generalities. A reader of the Complaint is thus left wondering what Coinbase should have done differently, or why the rollout of Bitcoin Cash would have gone more smoothly had Coinbase done whatever Berk thinks is appropriate.”

As a result, the court dismissed the lawsuit without judgment and gave Berk and his representatives 21 days to file an amended complaint. However, the class action dismissal was with one exception by the court judge. The exception was that Berk listed the claim under Commodities Exchange Act, where there would have been an enforcement jurisdiction if Berk had purchased a futures contract rather than BCH (a commodity). As a result, the claim dismissed with prejudice.

Earlier this week, the court of New York also dismissed a class action lawsuit over the developers of Nano (XRB). The developmental team of the altcoin accused of violating the securities laws and claiming reliability of BitGrail Exchange Company, which was a victim of a 19 million XRB theft in January.

Cryptocurrency is Illegal: President of India's Major IT Body