Facebook, the social media giant, is in the news for hiring two of the former Coinbase’ compliance experts- Mikheil Moucharrafie and Jeff Cartwright. The former has worked with Coinbase for almost 4 years as a Compliance Officer. He will have a versatile job profile. He was serving as AML- Anti-money laundering bank secrecy investigator, support analyst, compliance manager, will take care of quality assurance, and he will also look into risk management. At Facebook, Moucharrafie will work as a Compliance Officer for blockchain.

Cartwright, on the other hand, has not revealed many details about his new role at Facebook, beyond the fact that he will join Facebook as policy and compliance manager. At Coinbase he served for five years. He headed the internal audit team of the exchange, held the position of Compliance Manager, and as the director of regulatory risk and exams. Before Coinbase, he was with Big Four firm- ‘KPMG,’ an AML- Anti-money laundering firm, and he worked at Goldman Sachs where he handled AML compliance investigations. 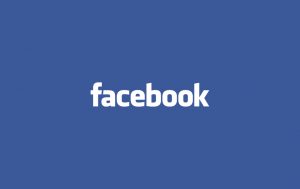 Facebook has had its share of infamous incidents where the foundation for consumer privacy was questioned. By hiring the lawyer by training- Jeff Cartwright and compliance expert- Mikheil Moucharrafie, Facebook will benefit a lot in establishing its name in good books of regulatory authorities as well as in the eyes of the public. Of course, time will be a greater test, but as of now, the hiring seems sensible and to an extent needed.

Talking of customer privacy matter, recently, the U.S Senate Banking Committee wrote an open letter to the social media giant’s founder and CEO- Mark Zuckerberg. The letter requested the CEO to share details on the new crypto project which the social media is planning to launch. Also, there was a special emphasis on asking about consumer privacy.

Earlier this month there were reports about the social media giant acquiring rights to the ‘Libra’ trademark for the crypto project that the company has not opened about yet. The reports from the United States Patent and Trademark Office confirmed this move by Facebook. The trademark name was previously held by a crypto tax company called- Lukka.

On the other hand, the social media company is also trying to arrange for an investment of 1 billion U.S. Dollars for its secretive stablecoin project. Facebook is playing an underdog in the development of its blockchain research team over a year. David Marcus, the vice president, and the former Coinbase board member, is heading this team.

Yesterday, Coinbase Pro announced on Twitter that Ripple (XRP) is now available on their platform. The announcement revealed that currently, it is available only for the New York user-base. The audience showed their excitement towards the announcement through eight hundred twenty-five hearts, three hundred and two re-tweets, and currently, the number of comments is twenty-eight, which is still growing. The announcement for XRP being listed on the platform made rounds three months ago too, but because at that time XRP was not available in New York, the decision could not get manifested.