Coinbase, largest cryptocurrency exchange and brokerage firm based in San-Francisco, officially announced it on Tuesday that they successfully raised $300 million through E series equity funding, which now brings the market value of the company to $8 billion.

The latest funding round now allows the firm to enlist as one of the largest cryptocurrency organization dealing with exchange services. According to several reports, the latest fund raised to encourage and expand the efforts of adopting cryptocurrency on a global level.

This round raised more funds than the series D funding round in August which collected $100 million. But with the latest E funding round, the company announced they secured another $300 million via several capital investors.

Some of the major ventures who participated in the case and invested from their capitals are Polychain Investors, Wellington Management, Y Combinator Continuity, and Andreessen Horowitz. The news report announced by the official blog post of the company also reported that Tiger Global Management led the latest funding rounding of Coinbase investment.

The blog post writes, “We’re pleased to announce that Coinbase will add an additional $300 million of investment at a post-money valuation of over $8 billion to accelerate the adoption of cryptocurrencies and digital assets.” 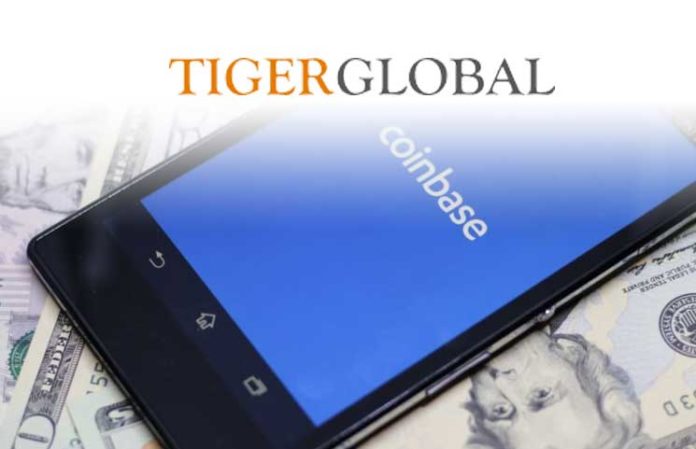 The exchange explained their motto behind the new funding and their plans on utilizing it for the betterment of the cryptocurrency industry as a whole, rather than focusing only on the benefits reaping for their company. As a result, they have decided to expand the services that the Coinbase exchange company offers, to all the masses across the world.

The company is reportedly laying the groundwork for the expansion of their services which could support “thousands” of cryptocurrencies in the coming future. Moreover, the blog writes that the company is planning on encouraging more institutional interest when it comes to the cryptocurrency economy by boosting the custody offering services supported by the company.

Big news for the company, Coinbase recently received a trust charter from New York’s Department of Financial Services which helps them to build an independent unit known as the Coinbase Custody Trust Company. Other major happenings of the company, includes the addition of a new USDC stablecoin which can help them to add more utility applications for cryptocurrency services.

New series E funding, solidifies their place in the market among other organizations as a “crypto-first company” and they are now entitled as the world’s largest cryptocurrency organization of its kind.

World's Most Controversial Cryptocurrency 'Bitcoin' Is Celebrating its 10th Birthday!