Gab is an anti-censorship social media platform, which has been terminated by one of the largest exchange and wallet provider ‘Coinbase.’ Andrew Torba–the founder of free speech social messaging platform Gab, highlighted the requirement for decentralized exchanges in response to Coinbase’s censorship efforts. It is actually twice that Coinbase banned Gab in less than a year.

Coinbase sent a notice to Torba and asked him to withdraw his digital assets immediately from the account. As per the Press Time, Coinbase has no reason for suspending Torba’s personal account but possibly a tweet wherein Gab supported the use of bitcoin in order to tackle financial censorship by centralized crypto exchanges can be pivotal. The recent news source revealed that the reason behind why it is difficult for Gab to obtain a payment processor is its credibility in the social network banned from mainstream platforms for hate speech. 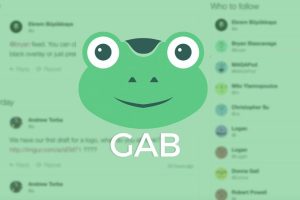 Gab has been accused of fuzzily providing intellectual shelter to mass murderer Robert Bowers. According to a post published by New York Times Gab was used as a social platform by the shooter in Pittsburgh to announce his last message before attacking a synagogue. It is also reported that shooter maintained an active profile on Gab and published various posts including hate speech. Gab is considered to be wildcat space open to everyone. Gab, on the other hand, explained itself as a “social network that champions free speech, individual liberty and the free flow of information online. All are welcome.”

Post the account suspension, Torba outlined that censorship-resistant decentralized exchanges will be the upcoming future. Apart from Coinbase, many other organizations such as PayPal, Stripe, Medium, GoDaddy, and Joyent boot out the controversial site which means terminated their services to the social network post the Pittsburgh synagogue shooting.