Coineal is a Global Trading Platform for digital asset exchange established in early 2018. The company has been integrating a ton of cryptocurrency onto its platform these days to maximize its reach to the mass.

Multiple announcements for listings have been dropped via Coineal’s handle on the social media of Twitter in the past couple of days.

NVL (Nevula), YTA (YottaCoin), GDEM (TEN Token), PDATA, SSX, WPX (WalletPlusX), are among some of the tokens that have been recently announced for new listings or presales on the platform.

YTA (YottaCoin) to be listed on Coineal soon with deposit and withdrawal to be made accessible from 7:00 May 10 (UTC) and YTA/USDT trading from 7:00 May 12 (UTC).

GDEM will be listed on Coineal after the completion of the presale with the confirmed date of listing to be announced later on.

On May 7, NVL (Nevula)- was announced to be listed on Coineal with deposit and withdrawal to have been available from 3:00 May 6 (UTC) and NVL/USDT trading from 6:00 May 9 (UTC). Nevula can be used for digitalizing assets using digital identity or blockchain technology, and with the use of smart contract, the digital asset can be managed by oneself.

Another tweet regarding the recent developments on the platform say that SSX (SOMESING EXCHANGE) will be available for a presale on Coineal Launchpad starting on 11:00 May 18 (UTC) and ending on 11:00 May 19 (UTC). The listing will be declared on Coineal after the end of the presale.

SOMESING is an online Karaoke Platform which allows users to sing for free and obtain rewards through the tokens collected in the song content by support and gift.

More information regarding these assimilations can be obtained through the Company’s blog posts.

Adamant on equal emphasis on localization as on globalization, Coineal has branches in China, Japan, Korea, Vietnam, Russia, etc.

Litecoin (LTC) Price Analysis: Is It All About Remaining Vigilant Over BTC’s Price To Decide Whether To Invest On LTC Or Not?

VenaPi Will Give 20 Tron (TRX) Tokens to New Users 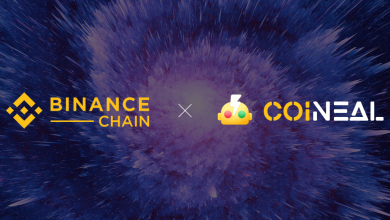