The CoinEx has announced to its users that there is going to be a BCH Hard Fork upgrade. A testnet that will assist developers testing before the official launch has already been launched. Here, you can track the hard fork time of BCH and find the hard fork countdown on Bitcoin cash.

But on the day of the upgrade, the Bitcoin Cash network has discontinued processing transactions for different blocks, which some claim to be a Bitcoin ABC client issue.

The reports say that the majority of Bitcoin Cash blockchain blocks mined after the hard fork process only the Coinbase transaction, which means that unconfirmed transitions stack up in the network and users cannot transact. A Block template bug was taken by the attacker, and ten consecutive empty blocks were added to the BCH blockchain.

Bitcoin operates on the idea of an electronic cash version that is purely peer-to-peer. It would allow payments online to be sent directly from one party to another without going through a financial institution. Digital signs are a component of the solution, but if a trusted third party is still necessary to avoid double costs, the main benefits are lost. CoinEx offers a double-dollar solution with a peer-to-peer network. The network time stamps the transactions into a hazardous proof of work chain that forms a record that can not be changed without redoing the proof of work.

Though CoinEx has claimed that the Bitcoin cash transaction won’t be affected, due to the internal attack on Bitcoin cash, there was minor hiccup faced by all its users. 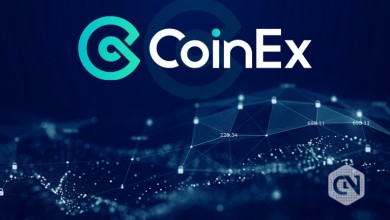