Twitter seems to be the hub of all the major announcements, discussions, launching of new schemes and competitions, latest news, investment portfolios and so much more about cryptocurrency. Often one can see that discussion on investments turn into heated debates and sometimes fights too. In such a buzzing scenario it gets difficult for the general public to figure out what exactly is going on.

Therefore, to clear the air, and to sieve through the abuzz Twitter’s crypto world, a browser extension has been created to help you get hold of the meaty information rather than getting confused with the fluff. The name of the app is ‘Coinflict of Interest.’

How does ‘Coinflict of Interest’ work?

Well, just like any other extension, you just need to use it as an add-on. Its main function is to calculate the inclination of the author towards any of these cryptocurrencies- Bitcoin, Ethereum, Ripple, and Bitcoin Cash. The app takes support from another crypto project called hive.one in order to collect community data. Hive.one measures the attention generated by tweet and thus helps in figuring out the influence of a page over the community.

Usually what happens is that a communication Twitter is often formed based on common overlapping interests. Now if, for instance, during regular interaction with any crypto community, there are high chances of a user to filter the information in order to make it more acceptable for a group of people, which naturally brings about a mismatch in the interests. This mismatch results in quite stark differences and conflicts within the crypto industry.

Coinflict of interest as an app helps us to have a bird view over the situation. It helps in seeing clearly through the made-up, twisted, and convoluted information.

Reactions on the ‘Coinflict of Interest’

“It’s just a proof-of-concept at this point, really. […] The results shouldn’t be taken too seriously. I think, in general, the results are accurate enough to be helpful. But there are quite a few anomalies and there’s plenty of room for improvement.”

On the other hand, the co-founder and CEO of Blockstream said-

“I’m doing some post-processing on that data, running it through a simple algorithm to try and deduce bias from influence. […] There would need to be some sort of sentiment analysis of users tweet content to work out if they are engaging in a positive or negative manner. I would expect that to drastically improve the results.”

Back to the ‘Coinflict of Interest’

The Coinflict of interest helps the user to easily gauge the inclination of various Twitter profiles towards the cryptocurrencies. You don’t have to slog through the endless tweet’s comments tail to figure out the context, thus it saves your time, effort and energy.

Although a limiting factor of the app is that it only shows the information that is on the influencer list of hive.one, due to its dependency on its data. You can easily try your hands on the app, by downloading the extension on Chrome and Firefox. Although it is an open source, still it caters to those users who are not ready to trust the extension entirely. It allows the users to create and load it straight into their browser on their own. You can do so by going to github.com and then follow the instruction that follows.

In the Volatile Crypto Space, Dogecoin (DOGE) can be a Good Choice 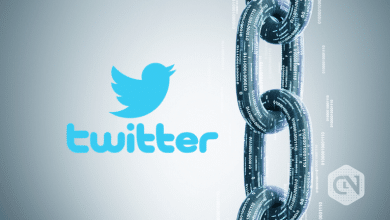 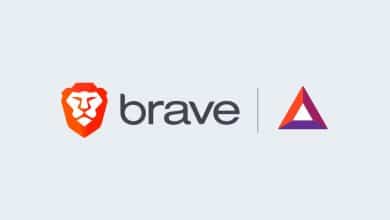 Twitter Users Can Now Use ‘Token Tipping Service’ through Brave