CoinMarketCap.com, an ever popular platform, has revealed the false information sharing in its information box to its users. Since the dangers of misinformation can annihilate a company, CoinMarketCap’s bumpers were recently lit.

The CoinMarketCap crypto price aggregator says it is planning to make some modification measures to address problems with site reports of fake volumes for Bitcoin, Ethereum, XRP, and over 2,000 altcoins.

CoinMarketCap.com is one of the 500 world’s top sites with most visits and is frequently a hub for prices, exchange volume and industry rankings for individual investors. However, trade volumes on the CoinMarketCap.com list have become increasingly questionable. Last week, in a report by Bitwise Asset Management, “data is wrong.”

In reply, Carylyne Chan, Global Marketing Head of CoinMarketCap, has said that it will implement a variety of changes to provide users with better data, including new liquidity analysis, cold and hot wallet balance reports, and data on the website traffic.

After previous research from the trading platform, CMC had previously attracted attention to crypto numbers. The Tie has also focused on exchange volumes.

The ebb and flow of coins in the marketplace of the platform impresses on the large fluctuations that occurred on the natural wavelengths of the coins, according to certain timetables. When participants purchased and sold coins, major deviations arose immediately as CMC set its market limits, which amounts were reported in varying degree. It perpetuates massively in this activity

Research compiled by the Blockchain Transparency Institute (BTI) published this week provides clearer insights into the massive exaggeration of daily volume levels. In the report, more than $ 6 billion in volume is fake in daily trading, including over two – thirds of the total 24-hour trading volume, according to the volume numbers on the 130 best exchanges. The most prominent perpetrators in the top ten include Bibox, whose volumes seem to be 85x, 469x Bit – Z, 391x ZB, and 4400x LBank. At more than 22,000x, the worst of the bunch is BCEX. The daily unique visitor statistics between 50 and 600x show the Binance trail of all exchanges.

Recently, Coinbase has been building a new monitoring system known as the Coinbase Trade Surveillance Program to provide these high – level exchanges with credibly. One of Coinbase’s way of preparing for the $ 10 billion institutional money waiting to move into space is to implement the system.

These are the last changes CoinMarketCap.com has made to the concern about fake trade volumes. This is the latest change. Last July, the site declared its removal of the exchange volume requirements. It also introduced a volume of 7 days and a volume of 30 days and started listing the setup dates to help users better assess them. 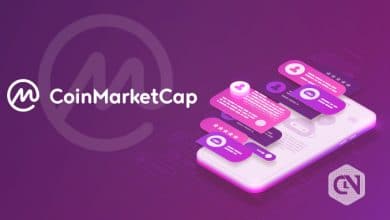