Crypto ranking and trading database platform CoinMarketCap has launched a chat feature on its portal. As per the official tweet on Saturday, the Binance-owned website said that users will now be able to connect with the crypto community across the globe.

CoinMarketCap is arguably the most popular and most visited website in the crypto space. Earlier this year, the website was acquired by premier crypto ecosystem Binance, for about $400 million. Since then, the website has received a few updates which have made it even more credible.

Binance CEO Changpeng Zhao tweeted earlier in the day that since the new exchange ranking algorithm update of CoinMarketCap, the total volumes reported by the exchanges have significantly come down from 175 billion to 75 billion. He further added that rankings are not perfect and that they are working to make the ecosystem healthier.

Since @CoinMarketCap's exchange ranking algo update, total exchange reported volumes dropped from 175B to 75B. Less bots, I guess.

The rankings are by no means perfect, lots of iterations going on. But slowly making the ecosystem healthier. #BUIDL

The chat feature will allow users to interact with crypto users from all around the world. All you need is a login account on CoinMarketCap, and you’re good to enter the global conversation. This will lead to the exchange of ideas, perceptions, and PoVs from different parts of the world, and it could soon become the most preferred chatroom for discussing crypto. 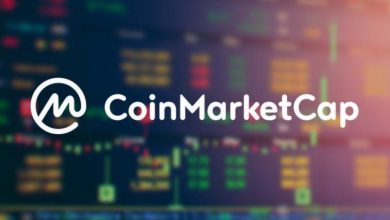