Serving as the leading licensed Bitcoin kiosk network in the world, Coinme has announced that it has raised a whopping amount of $1.5 million through its Series A-1 financing program helmed by the Blockchain Finance Fund and San Francisco based Ripple’s subsidiary firm, Xpring.

As per the announcement, the funds collected will be utilized in the licensing acquirement of Coinme’s network with an intention to proliferate into the untrodden grounds of US and other international markets. The capital will also be employed in creating online/digital wallets catering to the requirements of retail traders as and when they indulge in virtual currencies for payments or other transactions.

In a recent interaction, Coinme’s co-founder and CEO, Neil Bergquist, shared that his firm has acquired the approval of the authorities to run Bitcoin ATM’s in 29 US states. The firm plans to get the regulatory license of operation for other places shortly. With a view for setting foot in the international markets, Coinme has planned to explore the economies of Europe, Central, and South America as the regions have high demands of cryptocurrencies.

Neil further stated that Coinme raised $4.5 million in its initial financing round. This included $3.5 million in convertible debt coming partly from Washington-based Coinstar in the past few years, and a venture fund supporting another $1.5 million in 2017.

Founded in 2014, Coinme started its operations as a Bitcoin trading platform but later increased its presence in the market through Coinstar’s coin-to-cash machines. The successful partnership between Coinme and Coinstar took off the ground earlier this year. It currently operates in more than 2,500 locations shining as the world’s largest Bitcoin kiosk network.

The Coinstar machines allow customers to redeem bills and coins for up to a maximum of $2,500 crypto coins. This is carried on through a code which is sent on the customer’s mobile phone when he/she deposits his currency at one of the machines.

According to the data revealed by Coin ATM Radar, Bitcoin ATM’s have seen a five times increase in number since 2017. Bitcoin ATM, LibertyX surpassed 1,000 kiosks during the summer months this year.

Apart from kiosks, Coinme is involved in concierge trading, high-volume trading for big investors, along with digital asset retirement solutions, including a 401 (k) and a self-directed IRA.

Bergquist also revealed that the firm offers a white-gloved transaction facility to customers with high net-worth, i.e., a minimum investment of $5,000.

Ripple’s developer arm, Xpring is focused on building infrastructure and leveraging blockchain startups by fuelling them with sufficient capital and crucial partnerships. The firm works to exploit the projects and programs that lead to advancement and betterment of XRP and XRP blockchain network.

The primary objective of Xpring is to support developers, businesses, startups, and enterprises that rely on blockchain, especially XRP Ledger, as a potential pedagogy for achieving operational efficiencies.

NEO Opts for Steady Momentum in the Intraday Trading 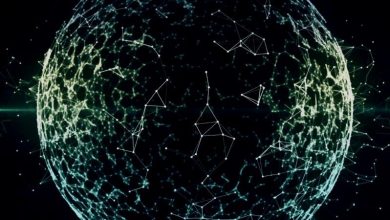