CoinTiger, a renowned global digital asset exchange platform, has chosen WINk (WIN) as its first ‘Deposit for Listing’ project. The update was shared with the community through a Twitter announcement by CoinTiger on 19th August 2019 which was followed by the detailed blog post on Medium the next day.

We are excited to announce the first eligible "Deposit for Listing" project, @WINkorg (WIN) #WINk is an integrated cross-chain entertainment platform with an embedded token $WIN.

CoinTiger introduced this campaign in order to check out assets with a strong community base in the blockchain space. Moreover, CoinTiger exchange also entered into a partnership with Ticker Capital for launching the scheme titled “Unicorn Booster” on 29th July 2019. Interestingly enough, 15 million USDT has been put together to increase quality assets on the exchange. It’s important to note that CoinTiger offers multi-language support, as well as multi-crypto trading service, for blockchain followers across the world.

For those wondering, WINk is an integrated cross-chain entertainment platform which has WIN as its embedded token.

To make things more interesting for all the supporters and participants, CoinTiger has announced rewards in the form of TigerPoint (TP) along with the Token bonus.

The exchange has come up with two types of campaigns, and the Medium post has outlined some rules for participating in both of them.

Users can repeat their deposits as they’ll be rewarded on the basis of their WIN holding at the time of the snapshot. CoinTiger will distribute the rewards into users’ CoinTiger accounts within 5 working days after the due date. Click here to know everything about bitcoin casino no deposit bonus!

During the period of the campaign, users need to share the exchange’s ‘WINk Deposit for Listing project’ on their Facebook, Twitter, or other social handles to win bonus. They have to post the graphic along with the provided caption available in the announcement blog post. This campaign also ends on 22nd August 2019 at 16:00 hours (UTC+8). Post 2 hours, they’ve to take a screenshot and attach it in the ‘Win by Spreading the Good News’ verification form.

The exchange will select 20 winners randomly who will be rewarded with tokens worth 9.9 USDT. The more social media platforms one shares it, the higher the winning chances.

Pave the Way for Future of Fintech and Cryptocurrency 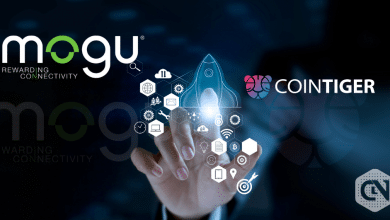 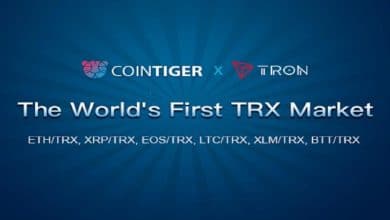