Since the turn of this millennium, the world has seen several epidemics like SARS, Bird Flu, Swine Flu, Ebola, etc. However, none of them was as dangerous as the current pandemic, novel Coronavirus. At the time of writing this article, COVID-19 has infected over 260,000 people, killing more than 11,000 people in at least 180 countries. The virus that can be traced back to China’s Wuhan city doesn’t seem to be stopping anytime soon, with several countries going under lockdowns.

While the loss of human life and physical pain the virus has caused to its victims is enormous, it has also had a devastating effect on the global economy. Financial markets, traditional and modern, have almost collapsed, and the losses can be amounted to several trillions of dollars. While the stocks right from New York to Mumbai kept bleeding, Bitcoin also saw significant drops and is still reeling a good $3,000+ behind what it was at the start of this month.

Another aspect that has taken a serious hit is the massive manufacturing sector. China exports all sorts of manufactured commodities across the globe, and since a big part of the country is under quarantine, production has come to a standstill. Right from electronic products to apparel, toys, furniture, etc., every market is down and bleeding.

As far as the crypto industry is concerned, one of the major problems that could emerge is the falling production of smartphones in China. Several reports in the near past have suggested that an overwhelming majority of crypto owners use it via smartphones. E-wallets and e-payments are mostly accounted from mobile devices, and the falling production could turn out to be the biggest concern for the industry. Let’s break down this analogy brick by brick.

Chinese Smartphone Brands are Among the Highest Selling in the World

China is not only of the largest destinations for production outsourcing in the world, but it itself ships its smartphones across the globe. Huawei, the largest smartphone company from China, sells its smartphones in over 170 countries. Likewise, Xiaomi, Vivo, and Oppo have strong sales in emerging markets like India, the Middle East, and Africa. In China itself, which is the world’s smartphone market, 8 of the top ten selling brands are Chinese, while Oppo continues to be the highest selling.

Similarly, in one of the major markets where cryptocurrencies have witnessed a boom, Africa, Chinese manufacturer Transsion continues to be the top smartphone seller. Even in South America Europe, companies like Huawei, Xiaomi, Lenovo and Motorola continue to have a sizeable market share. In short, it can be ascertained that Chinese smartphones are sold in almost every country in the world.

Impact of Coronavirus on Smartphone Production is Apparent and Considerable

Coronavirus outbreak has left the entire manufacturing sector in a mess, as a number of business cities in the country have been quarantined since the outbreak in December last year. The smartphone industry is no exception and the industry is already feeling the heat. As per a report published on March 02 by the Economic Times, the supply of smartphones, including Apple’s iPhone, is witnessing a shortage in India, as the advent of COVID-19 has disrupted production back in China.

With every passing day, the sales are sinking; even before the world gets to terms with the shock from China, we are already seeing lockdowns in America, India, UK, Japan, South Korea, and several other regions that play second fiddle to the production in China. Once the existing supplies are exhausted, the world will definitely an extreme shortage of smartphones, not only in China or Asia but across the planet.

What does the Falling Smartphone Production Mean to the Crypto Industry?

The Crypto industry heavily relies on a smartphone as a medium of connectivity with the end-users. Almost every company, right from the top exchanges like Binance and Coinbase, to cryptocurrencies like TRON and Ripple, has dedicated mobile applications, which run into hundreds of millions in downloads.

With every new smartphone purchased by a user, there lies an opportunity for the crypto industry to bring that user into the realm of digital currencies. In today’s day and age of digitalization, there lie thousands of opportunities to convert a person into a potential crypto user. For instance, peer-to-peer payments have become extremely common, with the likes of PhonePe, GPay, Paytm, PayPal, etc. ruling the digital payments. Therefore, for a company like Ripple or TRON, engaging a customer through its payment products has never been easier. Similarly, several other ways allow crypto companies can target smartphone users.

With every unit drop in smartphone sales, especially in a country like India, which has just broken away the shackles of unwanted authoritative restrictions, there’s a loss of opportunity. For instance, if the smartphone sales for the quarter ending March 2020 drop just by 3-4%, which they expectedly will, the numbers could drop by more than 12 million units, and that will equate to a loss of 12 million opportunities. And in a competitive world, where the industry is still fighting for the number after a decade of existence, 12 million opportunities mean a hell lot more than most other sectors.

Stellar Declines by 9% Over a Day; Still Looking for a Support Level 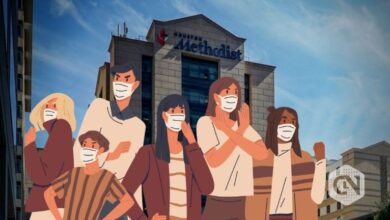 Texas Hospital Terminated Staff for Not Getting Vaccinated 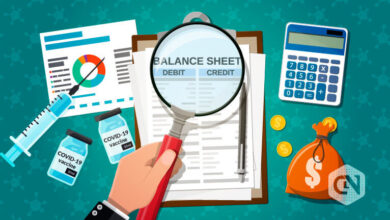 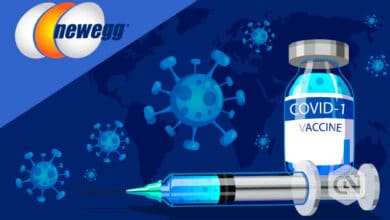