Ledger, the crypto asset hardware wallet has resumed its Bitcoin Cash (BCH) services, as per an announcement published yesterday. Ledger had suspended the service of its BCH infrastructure on November 14 in anticipation of the altcoin’s onerous fork “to prevent unwanted transactions and potential replay attacks.”

Due to a lack of consensus within the Bitcoin Cash (BCH) community, the Bitcoin Cash network hard forked on November 15, at around 4:40 PM GMT, following which the BCH network split into multiple competing blockchains. And a hashwar began between the two emerging factions – Bitcoin Cash ABC (BCHABC), backed by Roger Ver and Jihan Wu and Bitcoin Cash SV (BCHSV) supported by Crag Wright. Bitcoin Cash ABC emerged as the eventual winner of the hash war. The hashwar destabilized the market drastically so much so that several crypto exchanges around the world started suspending BCH trading and withdrawals.

During the BCH service suspension by Ledger, users were unable to send BCH through Ledger’s infrastructure. Users still intending to send BCH, were advised to use an alternative wallet like Electron Cash, however, at their own risk. Nevertheless, Ledger clarified that the private keys providing users access to their BCH and its hard forks would remain secure on their device. Users who secured their Bitcoin Cash using a Ledger Nano S or Ledger Blue prior to the hard fork automatically owned an equal amount of Bitcoin Cash SV as they owned Bitcoin Cash.

On November 23, the wallet stated in its Twitter account, “Our Bitcoin Cash service is back online in the form of Bitcoin Cash ABC. We’re also providing you with a help center article explaining how to claim your Bitcoin Cash SV.” 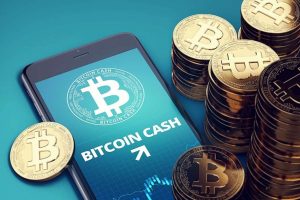 With Ledger resuming BCH services on its platform, users can now add BCH accounts and send the altcoin. However, the wallet strongly recommended its users claim their BCH SV before making any BCH transactions. Choose the best crypto wallets for storing your cryptocurrencies. Know more about the best cryptocurrency wallet from our post for more information.

Currently, BCHSV is not available in Ledger Live. Users are, therefore, advised to use the Electron Cash splitting tool which provides protection against replay attacks and directly supports the Ledger device, making it safe to use.

To ensure absolute security over their funds, users should use the Electron Cash splitting tool before making any BCH transactions, according to the official announcement of Ledger. Or else, users might face the risk of losing their BCHSV in case an attacker replays their transaction on the BCHSV chain or vice versa.

Earlier this month, Germany-based IOTA Foundation, integrated its IOTA (MIOTA) token with Ledger wallets. The hardware wallet has taken special measures for IOTA users to protect their private keys by allowing them access to their tokens through a special chip that isolates the keys from computers and smartphones.

Huobi to Offer TRX Bonuses to its Wallet Users