Is the crypto market currently in a bear market? This question has caused a divided opinion within the community; some stakeholders are convinced that we are at the beginning of crypto winter, while others believe it is a mere correction due to macroeconomic factors. That said, anyone who has been in the space long enough can agree to some extent that we are likely in a downtrend.

The past few months have exposed serious cracks in the crypto ecosystem, with Layer-1 chains such as Luna and Fantom taking a massive hit. Most notably, Luna’s price plunged from over $100 to almost 0 within a few days. This saga has caused ripples across the crypto community, given that many people lost quite a fortune.

Dating back to Bitcoin’s debut in 2009, this is not the first time the crypto market is experiencing a downturn. There have been several instances where Bitcoin’s price plunged by over 50%, some of which preceded the crypto winters of 2013-2015 and 2018-2019. So, what caused these bear markets, and how did the market restructure after the turmoils?

Let’s start with the 2013-2015 bear market; this long crypto winter saw Bitcoin’s price drop by nearly 85%, from a high of $1149 to $197. Some notable factors that caused this drawdown include the collapse of Silk Road, a darknet site where Bitcoin had become the primary transactional currency. 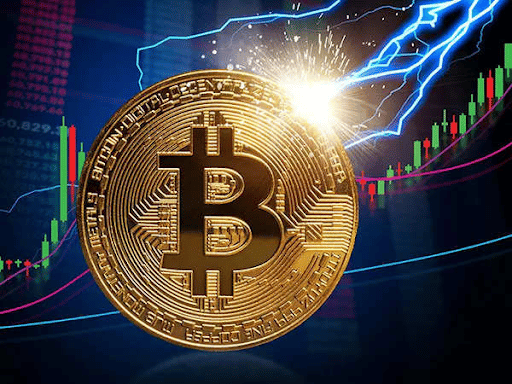 However, the largest hit came after the infamous Mt.Gox hack in 2014, which resulted in the loss of 740,000 BTC (roughly worth $460 million at the time). Back then, Mt.Gox handled nearly 70% of the total crypto transactions, ultimately triggering huge losses across the larger crypto ecosystem.

While this crypto winter lasted for over 400 days, Ethereum’s launch in 2015 brought some relief to the market. The invention of smart contracts gave birth to a new era of crypto innovations, featuring Decentralized Applications (DApps). Today, DApps are one of the most popular platforms in crypto, accounting for over 50% of total activity in crypto.

Ethereum’s launch may have given hope to the crypto community but also presented a big challenge, with innovators introducing Initial Coin Offerings (ICOs) to raise funds for their ‘decentralized’ projects. The popular ICO boom marked a period of growth between 2016 and December 2017, when Bitcoin’s price peaked at $20,000.

It was not long before the ICO house of cards came tumbling down; within a year, Bitcoin’s price had dropped to the lows of 3,000s while most of the ICO coins became obsolete. A majority of crypto investors who had made life-changing money lost it as ICO teams disappeared without a trace.

Like the restructuring of the post 2013 crypto winter, innovators came up with new niches, namely Decentralized Finance (DeFi) and Non-fungible tokens (NFTs). The former category boomed in the summer of 2020 following the launch of governance tokens and yield farming. Meanwhile, NFTs and the metaverse are the talks of the day.

That brings us to the question of whether NFTs will emerge as the winners of the current bear market. The section will briefly highlight the developments in this burgeoning ecosystem.

NFTs and the Metaverse Will Likely Emerge Stronger

As we have seen from the previous market cycles, the crypto ecosystem always comes back. Going by the current trends, NFTs and the metaverse seem to be the most favorable DApps in this era. Last year, NFTs recorded over $25 million in sales while the metaverse valuation skyrocketed to over $1 Billion.

More importantly, the ongoing bloodbath has not affected NFTs as much as the other crypto tokens. Crypto VCs are still pouring capital into this market, with over $2.5 Billion invested in Q1 alone. Additionally, the price of fundamental collections such as Bored Ape Yacht Club (BAYC) has been more resilient than crypto tokens with little to no utility.

On the other hand, metaverse play-to-earn (p2e) ecosystems such as Bullieverse create an opportunity for crypto natives to make money regardless of the market conditions. Built for Web 3.0 citizens, Bullieverse features p2e games and a ‘low code’ building environment where participants are rewarded for contributing to the ecosystem.

Looking at these fundamentals, some analysts predict that NFTs and the metaverse will not only survive the bear market but thrive once a reversal happens. After all, art has been historically a good inflation hedge. The next crypto bull run will likely be dominated by NFTs and p2e metaverse worlds that offer incentives for participation.

“Gaming is the most dynamic and exciting category in entertainment across all platforms today and will play a key role in the development of metaverse platforms. We’re investing deeply in world-class content, community, and the cloud to usher in a new era of gaming that puts players and creators first and makes gaming safe, inclusive, and accessible to all”.

Though only a decade old, the digital asset market is gradually coming of age; there have been several bull and bear runs. In all these cycles, the ecosystem has managed to hold water and come out more successfully. Similarly, the current bear market will likely set the stage for a new era of winners; as things stand, NFTs and the metaverse have proven to be the pack leaders once we resume ‘up only’.

Mass Crypto Adoption Will Change the Metaverse: Mushe (XMU) to the Rescue