Cryptocurrency-concentrated companies Bitfury, Coinbase, and Ripple have been listed by Forbes amongst the world’s top 50 organizations actively exploring blockchain for the second consecutive year.

Titled ‘Blockchain 50’, Forbes’ new feature list was published on February 19 and is the second annual report of its kind by the financial magazine.

The global enterprises featured on the list represent companies that are actively integrating blockchain-based technologies into their operations and exploring the niche tech through industry consortiums and other proprietary projects.

To qualify for the list, companies must have a minimum annual revenue of $1 billion or have a value of $1 billion or more. They must also be embracing blockchain to “speed up business processes, increase transparency, and potentially save billions of dollars.”

Many corporations included in the list are household names – Facebook, Google, Amazon, IBM, Microsoft, JP Morgan, Samsung, and Walmart – to name a few.

However, only three cryptocurrency native start-ups met the high bar set as criteria for inclusion in the list and were recognized as ‘blue chips’ of the digital age.

Based in Amsterdam, Bitfury is a full-service blockchain tech company that produces equipment used in cryptocurrency mining. It develops and delivers pioneering hardware and software solutions for a variety of private and state clients.

Bitfury­­­ has also constructed an innovative blockchain infrastructure that allows clients to design their own blockchain-based applications. Exonum enterprise is the organization’s “premier blockchain-as-a-service solution, designed to help governments and companies integrate blockchain into their operations.” This helps promote further innovation in the field.

Founded in 2012 and based in San Francisco, Coinbase is a cryptocurrency wallet and platform that allows users to buy, sell, and transact virtual currencies like Bitcoin, Ethereum, and Litecoin.

Coinbase CEO and co-founder, Brian Armstrong, stated in a Forbes interview: “I wanted the world to have a global, open financial system that drove innovation and freedom.” 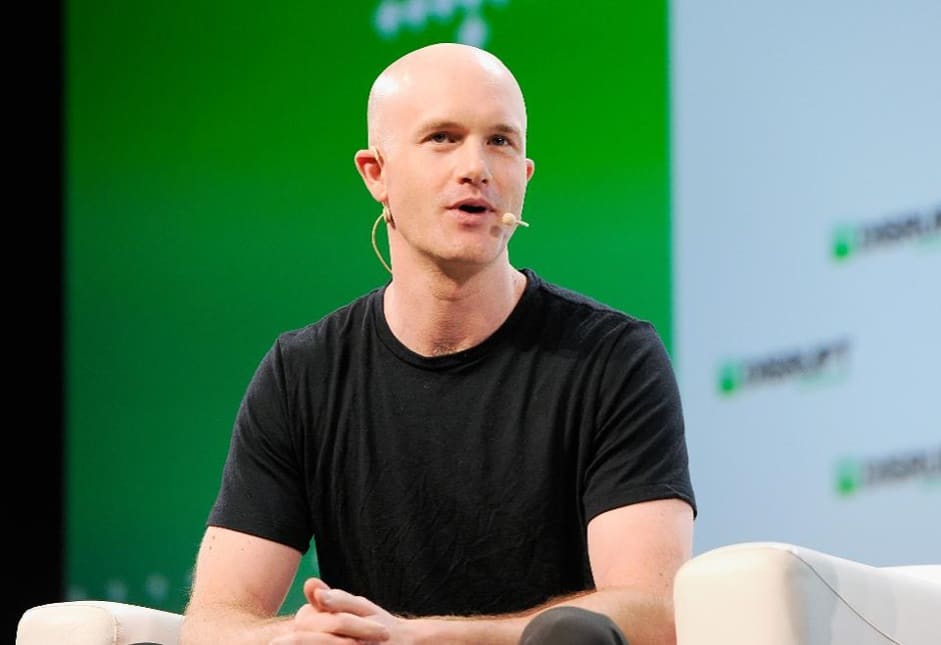 As one of the best crypto exchanges in America, the platform boasts of over 30 million customers and over $150 billion in trade. According to Forbes, Coinbase “presides over $21 billion of assets and is on target [they estimate] to top $800 million in revenue this year”.

The platform differentiates itself from its competitors by emphasizing its dedication to security – which is often the primary concern for crypto traders. 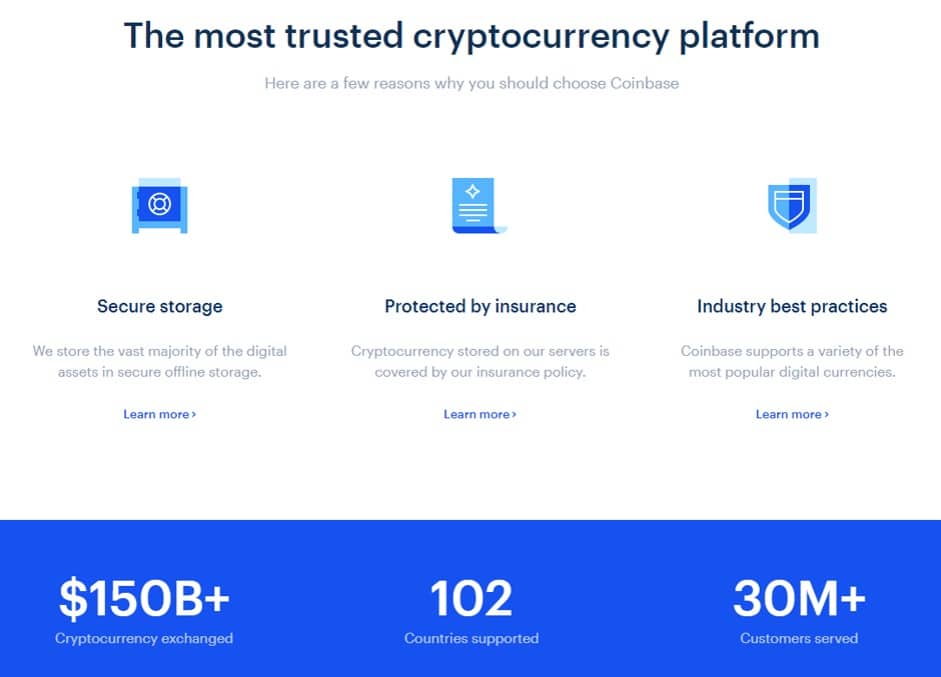 To gain an edge, Coinbase has deviated from crypto’s central antiestablishment philosophy and chosen to work in sync with government agencies and regulations, thereby acting similar to banks.

It is a regulated company which complies with the laws such as the Bank Secrecy Act. The platform serves not only individual clients but also major institutional investors, retail investors, pension funds, and endowments.

Most recently, Coinbase became the first “pure-play cryptocurrency company” to become a principal Visa member. The company first began working with Visa in 2019 to launch its Coinbase card, a Visa debit card that lets customers spend cryptocurrency-like money. As a principal member, Coinbase hopes to improve customer experience and make interacting with crypto as easy as possible.

Today’s announcement is another milestone in the mainstream adoption of crypto as a genuine utility. We will continue to build on this relationship with further initiatives which will make interacting with crypto as seamless as possible for our customers. https://t.co/2GI9mWU6in 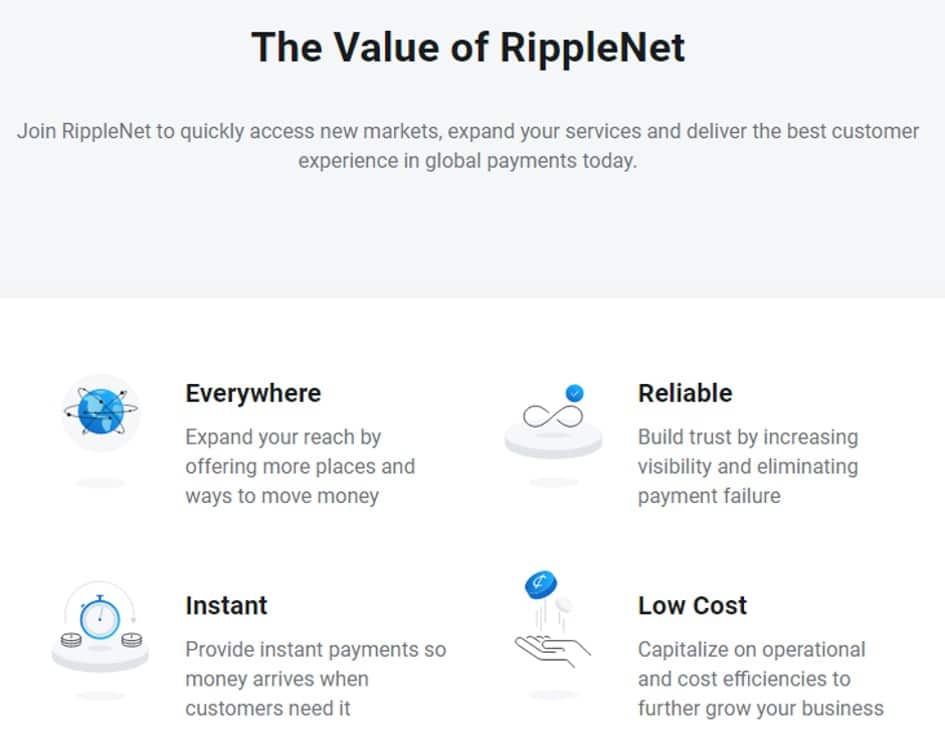 The platform seeks to replace the current SWIFT system used by banks for international money transfers.

Designed and implemented in the pre-internet age, SWIFT makes cross-border transactions slow, inefficient, costly, and unreliable. Moreover, the system is utterly fragmented and unnecessarily complex. It is, therefore, entirely outdated for the current global payment infrastructure.

In contrast, Ripple uses its crypto coin, XRP, to facilitate cross border transactions and offer a faster and safer solution that is being increasingly adopted by financial institutions. Some of its key customers include American Express, Santander, Yes Bank, and SBI Remit. 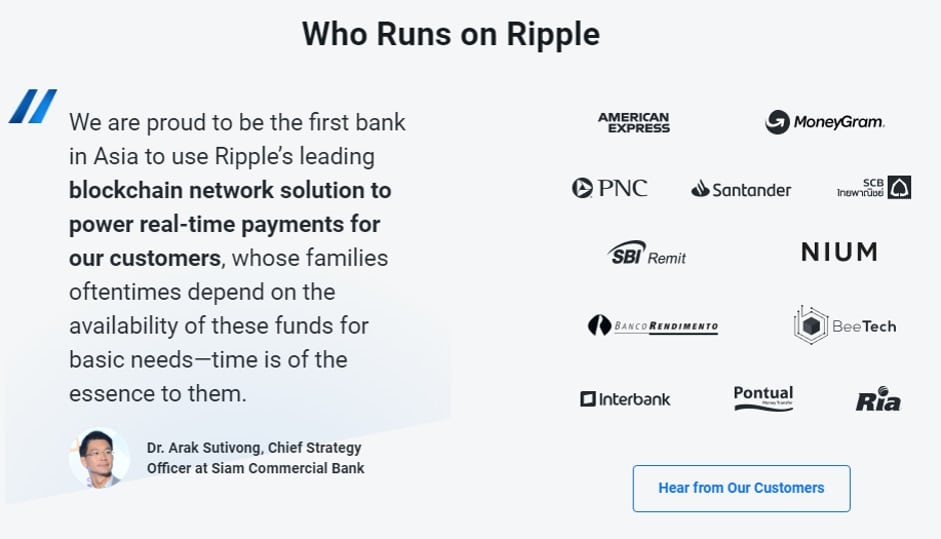 The blockchain start-up raised $200 million in an investment round in December 2019 – with Japan-based SBI Holdings and Virginia-based Route 66 Ventures investing – which raised Ripple’s valuation to a whopping $10 billion.

Following the round, Ripple CEO Brad Garlinghouse stated: “We are in a strong financial position to execute against our vision. As others in the blockchain space have slowed their growth or even shut down, we have accelerated our momentum and industry leadership throughout 2019.”

Ripple gained popularity in 2017 when XRP’s value skyrocketed, and it became the world’s third-largest digital currency. It achieved its highest-ever value at almost $4 in 2018, and it currently stands at 27 cents with an ROI of over 4500 percent. 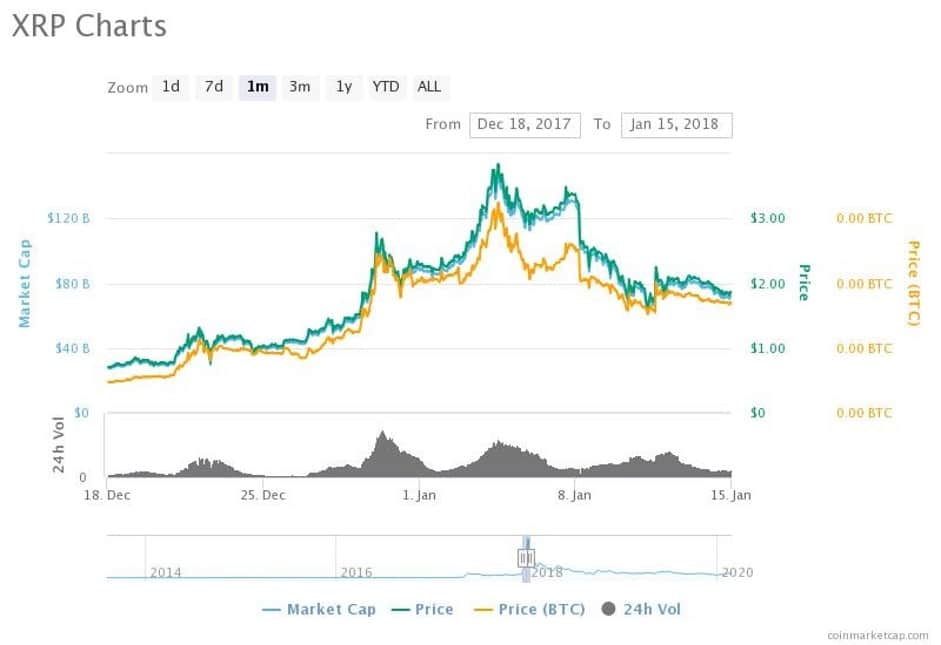 Although blockchain started as merely the building block of bitcoin, the technology is widely being used by companies and associations to improve their operational efficiency.

Organizations are not merely studying the tech and its theoretical potential but applying it to generate real revenues and cut their functional costs. This indicates that blockchain has moved beyond hype and grown into a global phenomenon.

Over half the names on Forbes’ Blockchain 50 list are new entrees, demonstrating how organizations are increasingly embracing blockchain tech and implementing it in projects to make profit. Some key newcomers on the list include BMW, United Nations, Jack Dorsey’s Square, China Construction Bank, Credit Suisse, General Electric, HSBC, and Russia’s National Settlement Depository.

The United Nations has adopted multiple blockchain-based initiatives under the leadership of its Secretary-General, Antonio Guterres.

Guterres has repeatedly emphasized his belief that blockchain tech can help the international organization to deliver their mandate better and adapt to the new digital age.

For instance, one of the UN’s projects uses blockchain-based technology for identity verification in distributing aid to refugees. In order to tackle the problem of warlords stealing aid by pinching ID cards, the UN uses blockchain-verified iris scans in disbursing funds to over a hundred thousand Syrian refugees in Jordan.

BMW, the luxury automobile company, is using blockchain to track components across its supply chain. As a member of the Mobile Open Blockchain Initiative (MOBI), it is further looking at using the tech to give vehicles a digital identity by tracking their speed, location, travel history, driver intention. Sharing such information could help make roads safer.

Square is a financial services company founded by Jack Dorsey (Twitter CEO) in 2009. It provides several tools that can help empower and enrich people to set-up, operate, and grow their businesses.

Square’s most recent service allows companies and individuals to send and receive crypto payments instantly and lets them spend bitcoin like cash.

In January 2020, Square was awarded a patent for its fiat-to-crypto payments network. The patent covers Square’s proprietary system that “permits the first party to pay in any currency while permitting the second party to be paid in any currency.”

Therefore, the system removes barriers by employing automatic currency exchange and real-time settlements. It is intended to be particularly beneficial for the retail sector.

Square made approximately $150 million in bitcoin payments last year and has become a viral name amongst the young today.