Cryptocurrencies, since their launch, have always had to bear a certain amount of uncertainty from the financial world. Taking pride in being the first virtual currency, Bitcoin has been at the forefront to experience the good as well as the bad waves in the first place. Till date, governments around the globe do not have a clear picture of Bitcoin management, its future, and its dynamic present. Varied zones of this arena should be addressed uniquely.

The marketplace in the United Kingdom is showing an unwelcoming attitude towards crypto-derivatives laying the possible threat of making the vehicles illicit in the near future.

Bitcoin, despite being the hot-shot topic for a majority of people around the world, has never seen a strong desire for physical ownership from the traders. This issue of lack of interest in physically owning the Bitcoin amongst the traders needs a solution that is quite effective in dealing with the situation. Here, crypto-derivatives turn out as perfect for the investors as they allow them to “gamble” on the Bitcoin price fluctuations without compelling them to own the coins.

Service providers opined that there is a strong demand for crypto-subsidiaries. The price dynamics and variations of Bitcoin present crypto-derivatives shine as a gambling option to a certain extent. This feature of the derivatives has earned negative attention from the UK regulatory authorities who are willing to objectify the derivatives market as illegal soon.

This drastic step is likely to leave a negative impact on the growth of cryptocurrency in the UK. However, nothing confirmed has been decided as of now.

Before taking any step, there is a need to understand the vast scope of crypto-derivatives, which includes options, fates contracts, and other similar trading solutions. With Bitcoin not being officially administered in the UK in the current scenario, investors who like bearing risk indulge in these options trading. These products also do not follow the strict derivatives guidelines covering the region, and this creates a more alarming situation.

As per the current proposal, the Financial Conduct Authority aims to make any Bitcoin-related trading vehicle, apart from BTC itself, illicit in the UK. The blanket-ban on crypto-derivatives sold to retail traders is likely the probable move of the regulating bodies. This proposal has yet to be voted upon by the concerned dignitaries. As per the reports, the decision is expected to be announced by Q2 2020, most likely.

The blanket ban on the crypto-derivatives is likely to bring a major unexpected change in the Bitcoin price as pacifying retail investors has never been something, Bitcoin enthusiasts prefer. 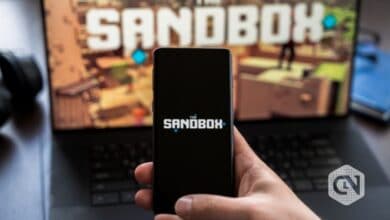