Bitcoin Events hosted its highly anticipated 3rd edition of the Crypto Fest on October 29, 2021. The event was hosted virtually for the 2nd consecutive year, due to COVID-19 and South Africa’s lockdown regulations.

The CEO and Founder of TRON, Justin Sun, delivered the first keynote speech, emphasizing the latest developments in TRON and its impact on the NFT ecosystem, using $WIN as a case study.

In the second keynote address, Michael Wu, CEO and Co-Founder of Amber Group, spoke on the role of value proposition in cryptocurrency adoption. According to him, once a community backs a crypto project, it automatically becomes valuable, and its price is bound to rise. However, Wu also mentioned that the crypto space is not yet where it ought to be in terms of wide-scale adoption and real case use.

“For crypto to truly go mainstream, we have to not only work with regulators and government, but we also have to see crypto as an underlying asset and not a speculative commodity,” Wu stated.

Other keynote addresses were from Sandeep Nailwal (Co-Founder of Polygon), Marcos Boschetti (CEO of Nelogica), and a joint presentation from Maarja Part and Tim Heath (CEO and Founder of YOLO Group respectively).

As a case study, Park mentioned that solutions such as M-PESA are already changing lives in African countries, offering financial services to millions. However, he said that crypto could offer much more, as it also holds several possibilities for countries living below the poverty line.

This roundtable discussion included several pertinent topics in the industry:

The panel, ’A Booming Industry: P2P Trading in Africa,” had representatives from three crypto-based startups operating in the region—Paxful, LocalBitcoins, and FlexFinTx—lent their voices on the current state and future of the African market.

The panelists cited two limitations to the growth of P2P in the region—government policies and unstable internet access. While the former hinders more players from penetrating the market, the latter makes it difficult for a large percentage of Africa’s population to access available P2P services.

The CEO of FlexFinTx—a Zimbabwean-based Digital Identity startup—Victor Mapunga, emphasized that governments need to lift “bans on individuals conducting bitcoin transactions” as it’s “making Africa lag behind despite having the largest number of P2P traders in the world.”

On the panel “NFT Flexing: What Is Driving the Hype”, Rarible’s Chief Business Development Officer, Sunil Singhvi, declined to see regulation as a stumbling block to the industry’s growth. According to him, the two things that regulation addresses are “whether you are trading with something that the larger authorities or the old-school gatekeepers are concerned about or you’re acting in a non-transparent deceptive way.”

Singhvi further praised the role regulation plays in promoting wide-scale adoption in the blockchain industry, saying “we use regulatory powers to build trust and dependency.”

This is coming on the heels of increasing wide-scale regulatory clampdown against top crypto exchanges and NFT projects.

In another session, the CEO and Co-Founder of Reserve Protocol, Nevin Freeman, explained how blockchain-based stablecoins can help nations overcome the tough effects of hyperinflation and also provide financial inclusion to the world’s unbanked population.

The Crypto Battle, “Mirror Mirror on the Wall, Who is the Fairest of Them All? Battle of the Blockchains,” focused on one of the hottest topics in the industry currently, which of the smart contract blockchain technologies are potentially the biggest competitors to the most widely used smart contract platform for DeFi and NFTs, Ethereum.

On the fireside chat exploring the future of NFTs, CEO and Co-Founder of Real Vision Group, Raoul Pal, said that it’s a matter of time before we see full-scale adoptions; and in the coming years, the world will embrace media companies—that can compete with the likes of Disney—built using NFT.

“The reality is that this is actually a meaningful technology. What it allows you to do is to operate in a digital world, to own things, and transfer things,” Pal said.

However, he stated that the NFT industry is not a dumping ground for every kind of minted work, reiterating Sun’s perspective of the value-driven nature of NFT.

“People think they can sell anything in a digital form and make money,” Pal added. “That doesn’t work, really. This whole crypto movement is by the community, and there has to be a shared value system.”

Crypto Fest 2021 successfully addressed critical issues surrounding the NFT, DeFi, and cryptocurrency industry, in anticipation of tangible developments and innovations in the industry before next year’s edition of Crypto Fest, which will be back as an in-person festival-type event in beautiful Cape Town, South Africa.

Bitcoin Events’s next event is their flagship event, the 8th edition of the Blockchain Africa Conference, hosted as an in-person event on 17 and 18 March 2022, in Johannesburg, Cape Town. 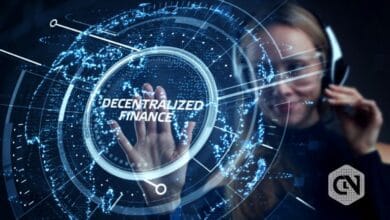