Most of the jurisdictions in the world might have seen a big number of hacks and frauds in the crypto market. But, in Turkey, a bit different sort of digital currency theft has been noticed. To steal the cryptocurrency, hackers have used a widely popular video game PUBG.

The hackers are alleged to steal 13 million Turkish liras ($2.47 million) from a cryptocurrency company in Istanbul. Twenty-four suspects were found in a nationwide simultaneous operation conducted in eight provinces. The lost amount of money ($2.47 million) of the cryptocurrency company was partly recovered in raids after the arrest of these hackers. Around $256,000 of the missing money has been Recover in the Raids Across Turkey.

The police in Istanbul came to notice regarding the theft when the crypto firm there filed a report saying that it has lost a large amount of their money in Bitcoin, Ethereum and Ripple due to the theft. Processing the investigation, Istanbul Cybercrime Branch Office figured out that two digital currency accounts of the firm had been hacked. It found out that the theft amount was transferred from hacked accounts to other cryptocurrency accounts. Then, Cybercrime units started to look for the suspects. They found out that the hackers have used popular online multiplayer battle royale game Playerunknown’s Battlegrounds (PUBG) to communicate with each other. Conducting an operation in Istanbul, Ankara, Izmir, Afyonkarahisar, Bursa, Edirne, Bolu and Antalya to capture them, the police force arrested 24 suspects. 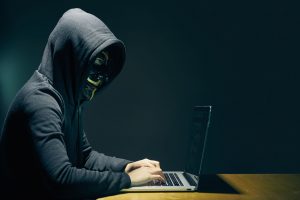 As part of the operation, the police have seized 54,000 TRY or around $10,000 in cash and 1.3 million lira. Among these 24, 22 were referred to the Istanbul Courthouse in Çağlayan. Rest of the two were released after their legal procedures were completed. Ultimately, the court arrested six of the suspects, while 16 suspects released under judicial control.

Notably, in Turkey, the mass adoption of digital assets has been increased in the last few years. The citizens in the country started turning to cryptocurrencies especially after Turkish lira dropped 14 percent against the US Dollar.