Crypto market faced its worst nightmares in 2018, which started just after the Bitcoin touched its all-time high of around $20,000 in December 2017. Several cryptocurrencies lost up to 90% of their price values, a trend which devastated even major currencies like Bitcoin, Ethereum, and others.

Bitcoin drastically fell from the $20,000 in December 2018 to a mere $3,440 in January 2019. In fact, the world largest cryptocurrency kept losing the price battle for six consecutive months, from August 2018 – January 2019, finally ending the streak in February. Since then it has been rising steadily and is currently priced at around $5,200. Many crypto enthusiasts have claimed that bulls have finally come back, but some experts have quite a different take on this. 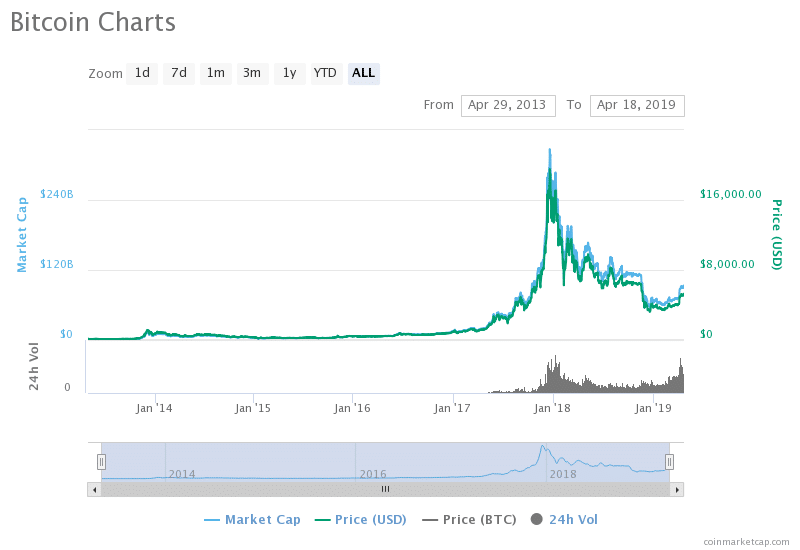 Recently, the famous crypto investor and trader, Josh Rager predicted that Bitcoin could see some sideways action in the coming days until the CME Futures for the cryptocurrency expires on April 24.

This accumulation cycle can likely take a lot longer than most people think pic.twitter.com/nPYLOFV4IB

Rager said that though there may not be a huge rally, the volatility of Bitcoin may cause price fluctuations. However, after the expiry date, experts predict that the bears might come back to the market. And if that happens, another terrible year will await investors.

The market hasn’t recovered completely from the shocks of 2018, and another such devastating trend could make things worse than before. In reply to one of the comments on his tweet, Rager said that though it may take months, Bitcoin could surely fall to new lows, and then come back to $4,000 or $4,200 mark.

That's fine by me tbh

New lows, another with back under $4k, seems minimally touching $4200

Regardless I think it can take months

These views are in contrast in with those predicted with big investors like Tim Draper, who have been claiming that the bears were temporary and are long gone and that Bitcoin would be valued at $250,000 apiece, as early as 2022-2023. Also, reports have time and again surfaced online claiming that Bitcoin will move strongly for the next couple of years, and that bullish trends are here to remain.

Rager’s statement is alarming for other digital currencies as well, because Bitcoin, being the apex cryptocurrency, has a huge influence in setting trends for the entire market. When Bitcoin crumbled in 2018, so did others, and since it started to look stable from February, the climate of the markets has become favorable once again.

Therefore, if bears return, they will eat up all the recovery which the crypto space has managed to do, and will push the markets back again. This was again confirmed by Rager who answered that Bitcoin and Ethereum, another coin which lost about 90% in 2018, are key to the markets when he was asked why wasn’t the market as a whole is considered.

Bitcoin and ETH are the key

Bitcoin and Ethereum, the two largest Cryptocurrencies are actually the true indicators about the market condition, mainly due to their humongous market shares. This dependence is quite for the market, especially when crypto adoption is on the rise worldwide.