The cryptocurrencies marked a fruitful 2019 for the traders as well as the entrepreneurs who have just stepped into the dynamic world. For some, the trading world couldn’t turn out as expected because the market reflected upsurge for only the first two quarters; for others, the things were another way around. There were some fresh releases that are speculated to have a flourishing future. Also, there were few altcoins that reflected downfall and are likely to shut shop soon as there is not much left apart from hope. On the one hand, there were multiple allegations for the fake anticipations and on the other, there is a strong belief building up for the cryptocurrencies in terms of investment. Apart from exchanges, there were some path-breaking discoveries made with the help of digital assets. The economists have tagged the crypto market as the future of finance. Why is the crypto market getting such hype? Well, the answer is hidden within the folds of 2019. Apart from pickups and drops, there were some major breakthroughs that spiked the popularity of cryptocurrencies. Here, take a quick glance at the same.

In 2019, the crypto world was accepted by some countries, which were initially in the opposition of the same. The reason behind the same was the growing speculations of the futuristic world. Alongside this, there were some major breakthroughs that caught many eyeballs.

The much talk about cryptocurrency, Libra, was launched in 2019. The coin is made in collaboration with the Facebook and Libra Association. It was made very clear at the beginning that Libra is not here to compete with Bitcoin, but it targets the fiat money. Though Libra is the youngest coin, yet the launch has created a stir in the market. Just after the launch of Libra, China also announced that it would introduce its own cryptocurrency by the beginning of 2020. Likewise, there were quite a few buzzes circulating in the lanes of the crypto world. The promises made by Libra are just speculations, or it has some beneficial things; it is yet to be tested.

The center of attraction has always been Bitcoin in the cryptocurrency market. Anchoring the market is one of the best things about Bitcoin. In 2019, there were numerous times when Bitcoin saved many coins from downing, and towards September 2019, the Bitcoin dominance was marked by 70%. The last decade was of Bitcoin and looks like the same might churn out for the future.

3. Rise of Binance Coin in the crypto market:

The year was of surprises for many who traded in cryptocurrencies. Amid highs, there were some really deep deals. However, the coin that fought the battle triumphantly was Binance Coin (BNB). At the beginning of the year 2019, BNB was at $6,000 and towards the closing, it was $13,000. The upsurge was almost twice the price it started. For nescient, the cryptocurrencies suffered from a heavy plunge almost during the second half of the year. However, Binance Coin kept its head held high and is likely to perform in the same manner in 2020.

4. The crypto world is on the path of Global Acceptance:

The cryptocurrencies were introduced to the world a decade ago. It took some time for the major countries to accept the dynamic crypto world, but with time they understood the growing demand for development. However, there were still some countries that denied the usefulness of digital currencies. In 2019, one of the major breakthroughs took place when many countries lifted the ban on the usage of cryptocurrencies. This has opened a room full of new possibilities for the crypto world.

5. An untouched yet crucial segment of the crypto world, Defi aka decentralized finance:

An emerging aspect of the crypto world is Defi aka decentralized finance, which still remains unexplored. Decentralized finance would allow traditional financial ways to enter the blockchain enterprise. This would open the gates of banking services aka potential source of income.

Google Trends overview of cryptocurrencies in 2019:

The United States started the year with 56% favor for cryptocurrencies. The trend increased to 70% between March 31 and April 6, 2019. There was another hike between the period of May 12 and May 18, 2019 that brought the trend scale to 80%. The cryptocurrencies trended 100% during the second half of June 2019. However, the pace declined after the same. The last trend counter was marked on December 31, 2019, at 35%.

Amid the shockers and blockers, the crypto world would mark 2019 as a successful year. There were few entrepreneurial and financial developments made with the digital currencies which are speculated to go a long way. The future seems to be in the hands of cryptocurrencies, and the same has been accepted by the top guns of the banking and financial market. However, there are many more myths that are yet to be broken that are circulating around the cryptocurrencies. It wouldn’t be wrong if we expect 2020 to be equally successful as 2019. If the anticipation comes true, then it would be another year of growth and development.

VeganNation is Bringing the Global Vegan Community Together 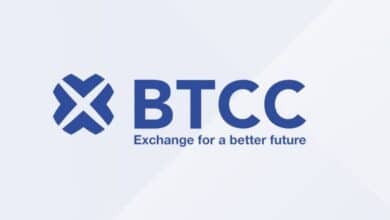 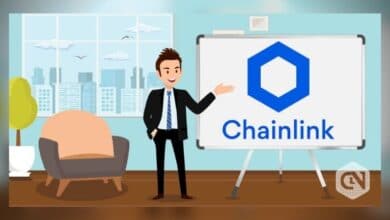 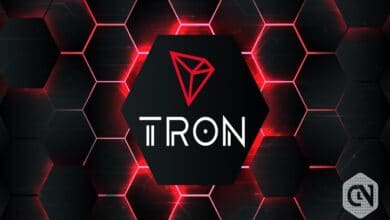