Atomars currently allows trading in more than 80 cryptocurrencies, including Bitcoin, Ethereum, and Litecoin. It offers over 200 trading pairs. It allows trading in fiat to digital currencies also. It can be accessed from a laptop as well as a mobile phone via apps. Thus, users can carry on with their daily work while keeping an eye on the prices of various digital coins.

Ardor has been developed on the NXT platform to address issues such as customization, bloating, and scalability. Ardor is a blockchain package that gives businesses customizable child chains to develop their unique applications without extensive coding. The team behind Ardor also developed NXT. It believes that Ardor will be more widely accepted then NXT as they have addressed the problem areas.

Thus, just by making minor changes in child chains, businesses can develop applications suited to their individual needs. They can even make changes in their chains over time to fine-tune it. As the business grows, they will not need to migrate to other platforms as Ardor has already solved the problems of scalability and bloating. Thus, businesses will not have to face problems like creating a new blockchain, adapting to it, etc.

Ardor also has a digital coin (ARDR) created on the NXT platform. All transactions on chains developed by users are transferred to the parent chain. It improves scalability and addresses bloating in user chains. It also improves the speed of transactions.

ARDR pricing has followed the same trend as other cryptocurrencies like Bitcoin. It had an upward spike in May 2018, which is believed to be because of two ICOs and the launch of Ardor’s Chinese language version.

VeChain Would Attend the Inaugural Launch of “The Capital” by CoinMarketCap 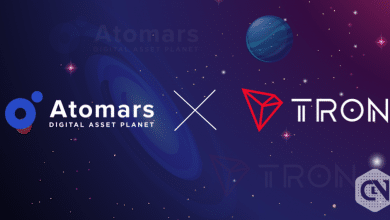