Moreover, Damato will be heading Gemini’s security program as it pursues to deliver the most secure trade and custody solution in the digital currency industry. He brings in more years of security and leadership experience and will report straightaway to Gemini’s Chief Executive Officer, Tyler Winklevoss.

Regardless, Gemini will derive benefit from Damato’s broad experience of security leadership of over 20 years. Damato joins Gemini from Tanium, private California-based endpoint security, and systems management organization, where he led and built a cybersecurity team that made exceptional security solutions for protecting government offices, banks, Fortune 500 organizations around the globe.

Before joining Gemini, Damato worked as Chief Security Officer at Tanium, the world’s most significant privately held cybersecurity organization. He was additionally an early member of the leadership group at Mandiant, a leading cybersecurity firm that was later accrued by FireEye. Besides, he has also held jobs at Raytheon and PricewaterhouseCoopers.

A Glimpse of a recent tweet by Tyler Winklevoss about the appointment of Damato can be read from the below link:

Security is the bedrock of our culture, and Dave adds to that legacy, His depth of security knowledge and his experience defending global networks will be invaluable as we continue to build the market’s most secure cryptocurrency offering.

Gemini opened up workplaces in Chicago last June that will perform as engineering hub to help exchanging and custody operations. By opening the workplaces, Gemini supposedly hired former engineering specialists from major United States-based crypto trade and wallet service. Gemini has its headquarters in New York and has workplaces in Portland, Oregon.

You Can Now Purchase DAI on Crypto.com at its True Value at Zero Fees 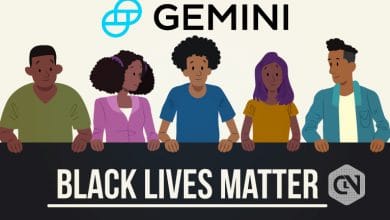