A cryptocurrency exchange allows traders to trade their preferred cryptocurrencies on the platform. There are hundreds of such platforms, and each claims to be the best one. However, it is the traders who can only decide whether a particular platform will meet their preferences or not; there are a lot of factors that are required to be considered to deem a helpful exchange or not. This CoinEgg review has all those essential points that should be considered before selecting a cryptocurrency exchange.

CoinEgg is a United Kingdom-based (Birmingham) cryptocurrency exchange founded in 2017 by a renowned Ph. D scholar from the University of Surrey and an expert in AI (artificial intelligence) Dr. Peter Chan. While there is no mention of the list of products and services offered by the exchange on its website, CoinEgg does provide an extensive list of trading options against two of the most significant market players, namely, Bitcoin and Ethereum. It is a relatively new cryptocurrency exchange that has well established itself in the crypto market. According to a CoinEgg review, the platform supports more than 40 famous and rare crypto coins and many ICO tokens. Also, these rare coins can be easily traded against the leading crypto coins like Bitcoin and Ethereum. The platform emphasizes more digital assets than fiat currencies.

On the very first look, the CoinEgg exchange might appear to be very unfriendly and complicated to the new traders. Still, professional eyes would understand why this cryptocurrency exchange is so different from its competitors. The trading view of CoinEgg displays a series of lists, graphs, and figures that allows professional traders to do further technical analysis of the cryptocurrency market.

How Does CoinEgg Work?

The CoinEgg exchange matches the buyers and sellers on its platform and arranges a trade between them against a small trading fee.

Some of the exciting features offered by CoinEgg are as follows:-

Like top cryptocurrency exchange, CoinEgg also has its own proprietary crypto trading platform. The platform is intelligently designed but is not user-friendly that the new traders look for. Most importantly, the platform displays only some of the basic charts, and also, the charting tools are minimal and thus sometimes not recommended for professional traders. The supported crypto assets are displayed on the left of the platform in a straightforward format, while the order book and the order history appear immediately below the chart. Though the layout is well organized, it lacks some advanced features in comparison to other trading platforms. The order book features only the simple market orders; limit orders or stop losses orders are absent.

CoinEgg supports an extensive list of cryptocurrency assets, including the most popular ones and some of the rare projects. Currently, the platform supports more than 40 tradeable pairs, including bitcoin, Litecoin, Ethereum, and CoinEgg’s native token USC. Bitcoin and the native USC token provide the most tradable assets, while Ethereum can only be exchanged with five cryptocurrencies. However, CoinEgg does not support any tradeable fiat currency pairs as of now.

Trading on CoinEgg is relatively easy. All that the users need to do is open an account on the exchange. The account opening process can be done with the following steps:-

Users need to visit the official website of CoinEgg and click on the Sign-Up button on the right-hand corner of the page. A registration form will open where users need to fill up the fields like country, email, and two passwords, one for logging into the account and another for executing the trade. After that, the user needs to click on the “Next” button to proceed to the next page.

The CoinEgg team will send an activation mail into the registered email id of the users, answer, and the users need to click on that link in their email to confirm and activate their CoinEgg account.

After account activation, CoinEgg asks users to select their preferred security questions, answer them accordingly, and then click on the “Submit” button.

Now it is time to deposit the required funds by clicking on the Balance Box just below the account details and click on the “Deposit” tab. Users can select their preferred cryptocurrencies from the drop-down box. Users also need to copy the wallet address correctly, wherein they will deposit the funds and start buying cryptocurrencies. 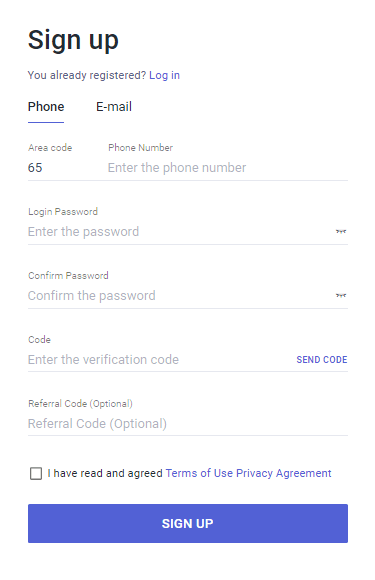 Trading fees charged by various cryptocurrency exchanges serve as an essential parameter to distinguish these platforms from one another. According to the different CoinEgg reviews, the platform fee structure appears to be very competitive. Moreover, CoinEgg is very transparent with its fees design and lists all the associated cryptocurrency trading and withdrawal fees on its website and its order book.

The trading fees are only 0.1% per trade, much lower than the industry average of around 0.25%. As for the deposit fees, no fee is charged from users for making deposits on the CoinEgg exchange platform. For withdrawals, fees can spike as high as 1% and are sometimes set at 0.001 BTC for Bitcoin, 0.01 ETH for Ethereum, and 0.001 LTC for Litecoin. But still, the withdrawal fee is relatively low as compared to the global industry average.

CoinEgg only accepts cryptocurrency deposits and no other mode of deposits. Thus, it becomes difficult for new traders to execute the trade on this platform because they have not encountered cryptocurrencies before and therefore do not hold any crypto assets in their wallets. In that case, new traders will first have to buy cryptocurrencies from other exchanges, and then they can deposit them at CoinEgg.

CoinEgg only accepts cryptocurrencies and no other payment methods. As such, the platform focuses more on crypto assets rather than anything else.

CoinEgg is a web-based platform and thus allows traders from all over the world to execute its platform. Though the CoinEgg exchange does not delist US investors by prohibiting them from trading, US investors should be aware of any existing laws and do their independent research of any issues arising from their citizenship. CoinEgg supports all leading cryptocurrencies like bitcoin, Litecoin, Ethereum, etc., along with its native crypto coin USC and some exotic coins and ICO tokens. MKR and DAI will soon be listed on the CoinEgg website.

CoinEgg hosts a proprietary web-based crypto trading platform that is designed to meet the preferences of both novices and professional traders. However, according to some CoinEgg reviews, the platform lacks advanced features and charting tools that modern-day traders look for. The platform does not provide limit orders or stop-loss orders which is a severe drawback that the exchange should add more credibility to the platform.

Traders registered on the CoinEgg exchange are provided with some helpful charting and trading tools, such as Candlestick Charts, Trading APIs, and a Market Depth Chart. All these trading tools help the traders to experience a seamless trading process.

CoinEgg offers a robust mobile application that is compatible with both iPhones and Android smartphones. Therefore, users who prefer to trade on the go can try the mobile version, which offers the same functionalities as the desktop version.

According to the various CoinEgg reviews, the security protocol of the exchange appears to be relatively good. However, the fact that the exchange is not regulated sometimes raises eyebrows. Therefore, the traders must check various factors regarding an exchange’s security before trading on them. CoinEgg claims to employ top-level security mechanisms, but there is no information available on their website. This is perhaps because the team does not want to disclose their security mechanisms as then it would mean letting the hackers find out the loopholes, if any. As for the fairness of the exchange, CoinEgg does not discriminate against its users, and there is only one account type that traders can choose.

A CoinEgg review reveals that the platform employs two sets of passwords, one for entering the site, another during trading. Besides this, the platform also uses a two-factor identification (optional) to protect clients’ assets. Though the exchange claims that it has never been hacked since its launch in 2013, it is never a wise idea to keep the digital assets in any cryptocurrency exchange, regardless of how secure it appears to be. Therefore, it is always advisable to install a paper wallet or other storage devices to keep the digital assets safe offline.

Traders can reach the customer support services staff via email or live chat option on their website 24/7. However, there have been complaints about the team not being very responsive in solving the customers’ issues or taking a little longer than other exchanges. However, a detailed FAQs section is available on the website’s support page, where most of the common issues have been discussed with ready solutions and it also has social media accounts which may be useful.

The United Kingdom based exchange CoinEgg hosts some of the enticing features, and the most important one is its potential to offer rare cryptocurrencies to trade on its platform that is not available elsewhere. Apart from this, its low and completive fee structure attracts traders from all across the world. However, on the downside, it is not regulated under any regulatory authority and thus sometimes creates a doubt against the platform’s credibility. Otherwise, CoinEgg operates smoothly and provides all the essential features that a trader seeks.

There is no information available on the CoinEgg website as to the security measures employed by the exchange. However, the exchange has maintained its integrity since its launch, and it has never been hacked. Users can add the 2FA (2-factor authentication) to secure their account and set a strong password for withdrawals.

Where Is CoinEgg Located?

No, CoinEgg is not a regulated exchange.

How to Withdraw From the CoinEgg Exchange?

Users can withdraw money from CoinEgg by sending their cryptocurrencies to their wallet address.