Recently, CoinGecko has declared that its cryptocurrency market information which is presently accessible utilizing API (Application Program Interface) will be sooner made available on Chainlink’s decentralized oracle framework. Further, this is a significant improvement since smart contracts cannot access information from outside their system and hence need an oracle to interface with external information.

We're excited to add @CoinGecko as a new data provider! Developers will now be able to connect their smart contracts with cryptocurrency market data for over 5,700 coins, as well as with exchange data from all of the top cryptocurrency exchange platforms. https://t.co/FLVun0KApC

Moreover, CoinGecko is a ranking website for cryptocurrency that gives 360 degrees summary of the regular cryptocurrencies. Besides, the ranking of cryptocurrency is subjectively and quantitatively assessed dependent on public information gathered from the internet.

Besides, the Chainlink system gives dependable, protected input and output data for smart contracts on any blockchain. Additionally, Chainlink’s decentralized oracle system offers similar security, ensures themselves as smart contracts. Further by enabling several Chainlink’s to assess related information before it turns into a trigger, Chainlink dispenses with one point of failure and keeps up the total value of the smart contract that is profoundly reliable, trustworthy and secure.

Chainlink was initiated by the San Francisco fintech organization SmartContract in June 2017; its developers portray it as a secure blockchain middleware that plans to interface smart contracts over blockchains by enabling smart contracts to access vital off-chain assets, the information feeds, traditional bank accounts payments and web APIs.

Over and above, CoinGecko’s cryptocurrency market information like exchanging volume, and market capitalization would now be effectively used by developers of the smart contract when creating decentralized applications. This information is accessible for Ethereum, Bitcoin, and more than 5,700 coins that are as of now being followed on CoinGecko.

Trade information can also be effectively used by smart contracts like the complete volume on Binance. Moreover, developers can see prices and volume for each exchanging pair on trades, like the BTC/USDT cost on Binance.

Tezos (XTZ) Moved Back to the Red Zone; V2.2.0 of Tezos Ledger App is Released

BNB Shows Contradictory Trends in the Past 24 hours 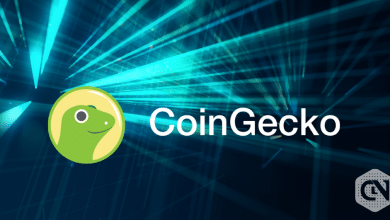