There is a lot going on in the crypto land, but what shines the brightest, is what we offer you, for you to stay abreast with the latest crypto affairs. Here are a few handpicked crypto stories that are shaping the crypto sphere in the United Kingdom. So, without wasting any moment, here we go- 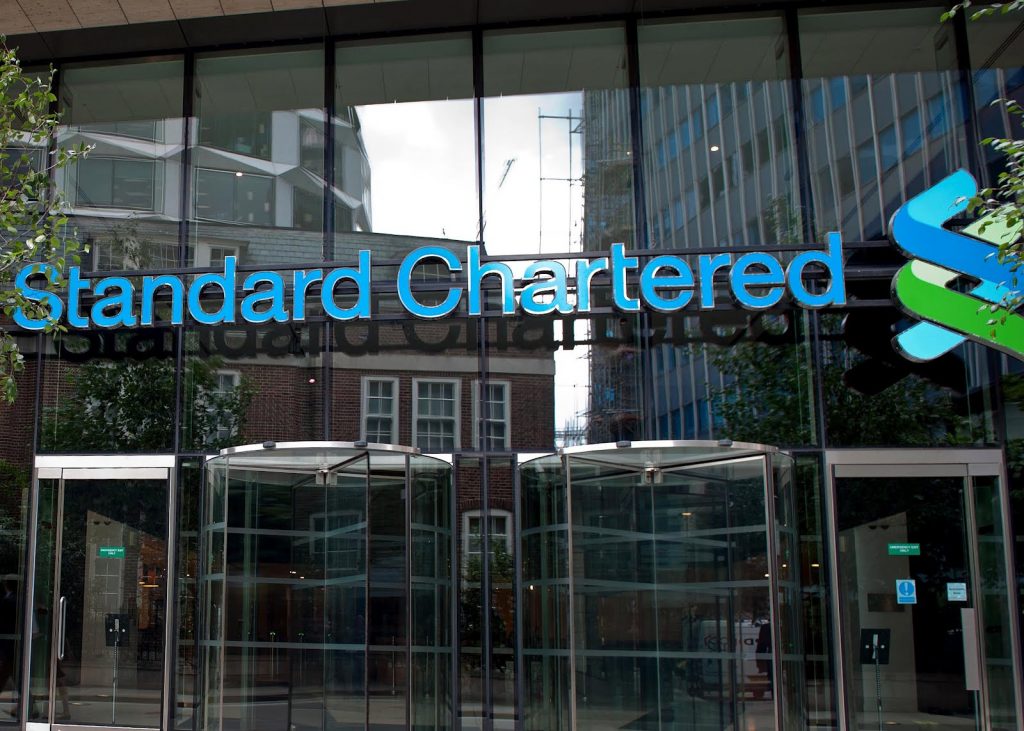 The partnership of the UK-based Standard Chartered bank and the China-based supply chain finance service provider, Linklogis has lead to a joint ‘deep-tier supply chain financing transaction.’ The London-based bank made the announcement earlier this month. The two firms also were found signing a memorandum of understanding in February, which basically was about growing the visibility of the supply chain of the bank as well as the economy of China.

The China-based supply chain finance service provider Linklogis is backed by the Chinese internet giant, Tencent. The deep-tier supply chain financing transaction will enable the suppliers to access the credit in an open way and at much lower rates. The service would be extended to over 700 digital government services and applications, and more than 200 million residents of Guangdong province.

Further, the head of commercial banking of Standard Chartered, China- Xie Wen clarified that the competitiveness in the clients will stay intact.

2. UK’s NLP Party is in Full Support of Cryptocurrency Unlike Others Who Consider it as ‘Ponzi Scheme’ 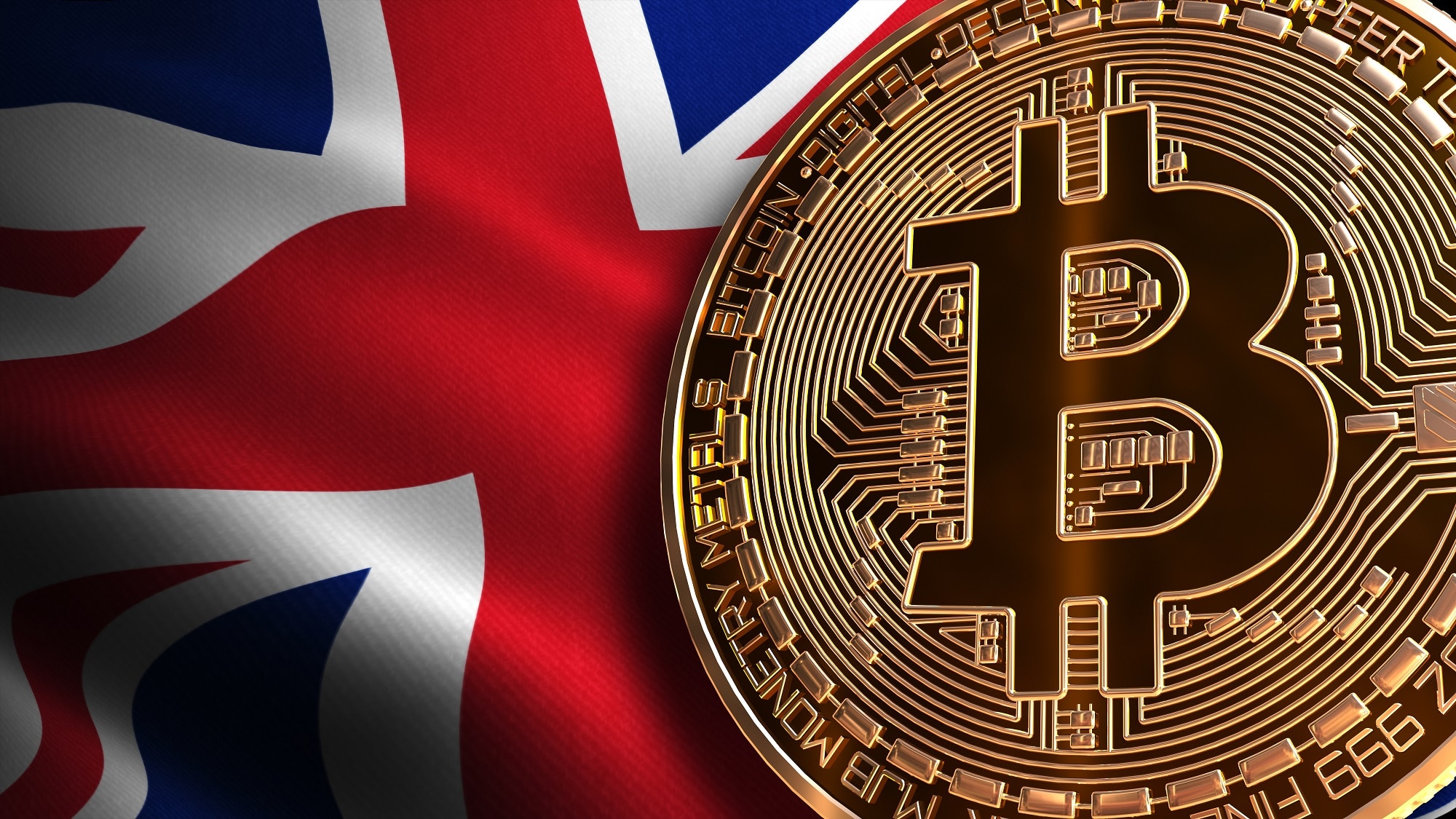 The National Liberal Party (NLP) of the United Kingdom thinks that the country doesn’t have any crypto policy and the govt lacks a regulatory stance. In its official post, the party alarmed the citizens of the country by saying that they have been “defrauded by crypto criminals.” They further added that the loss has been in billions and the impurity continues to harm the consumers. The party went on to criticize the government’s lack of regulation and any strong steps towards cryptocurrency. It also pointed at the opposition party (The Labour Party) by saying that they think cryptocurrency is a ‘Ponzi Scheme.’ Further, the party said-

Such claims and comments by the NLP party reflect their belief in the future of cryptocurrencies. The party claimed that they are here to embrace the new technology in the financial sector instead of disregarding it entirely. The party thinks that cryptocurrency can prove to be an alternative to the traditional ways of the old financial system. On the subject of money laundering in the crypto world, the party said,

Victims of cryptocurrency crime and fraud should be compensated from a fund established by the cryptocurrencies and exchanges that do business in the UK. If a voluntary fund cannot be established, a transactional tax should be imposed to fund the initiative.

3. Bitcoin is a “Property” or “Data”? The $1 Million Hack is probing BTC identity in the English Law system 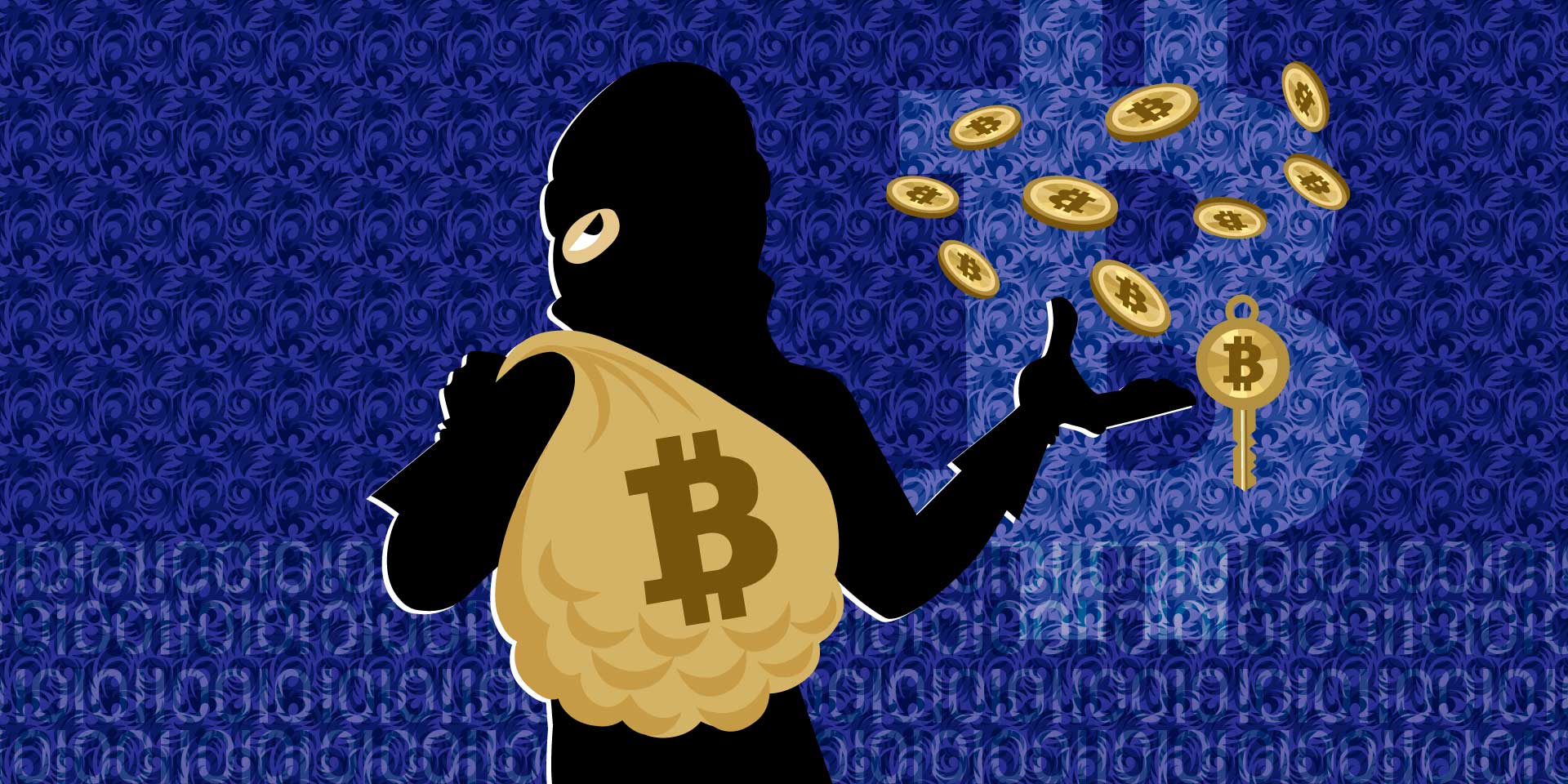 Last month, the CEO of Alphabit, Liam Robertson claimed that he was conned out of 1 million U.S. Dollars worth Bitcoin (BTC). The hack took place early last month when the CEO was conversing over the phone with ‘an executive of an algorithmic trading fund.’ As per sources, during the telephonic conversation, he agreed to offer 100 BTC. The CEO claims that the call was tampered, and that his email was cloned. He got a fraudulent email from the hacker to request him to send the BTC to the wrong crypto wallet address.

On this, the Commercial Court of London ordered for an ‘Asset Preservation Order’ as a first-aid to the situation. This order rendered the crypto exchange CoinBase to freeze the stolen funds on a temporary basis.

This order also implied that for the first time, the court recognized BTC as a legal property, which is in contrast to what the English laws say, i.e. Bitcoin is “data” instead of being property. The lawyer from Robertson’s side, Marc Jones presented the argument that indeed Bitcoin is property, and that his client ‘owned’ the stolen cryptocurrency. He further added,

If someone finds themselves in a similar position, they will be able to refer to this case and say; ‘Judge, we are not asking you to do something that has never been done before—see the decision in Robertson v Persons Unknown. 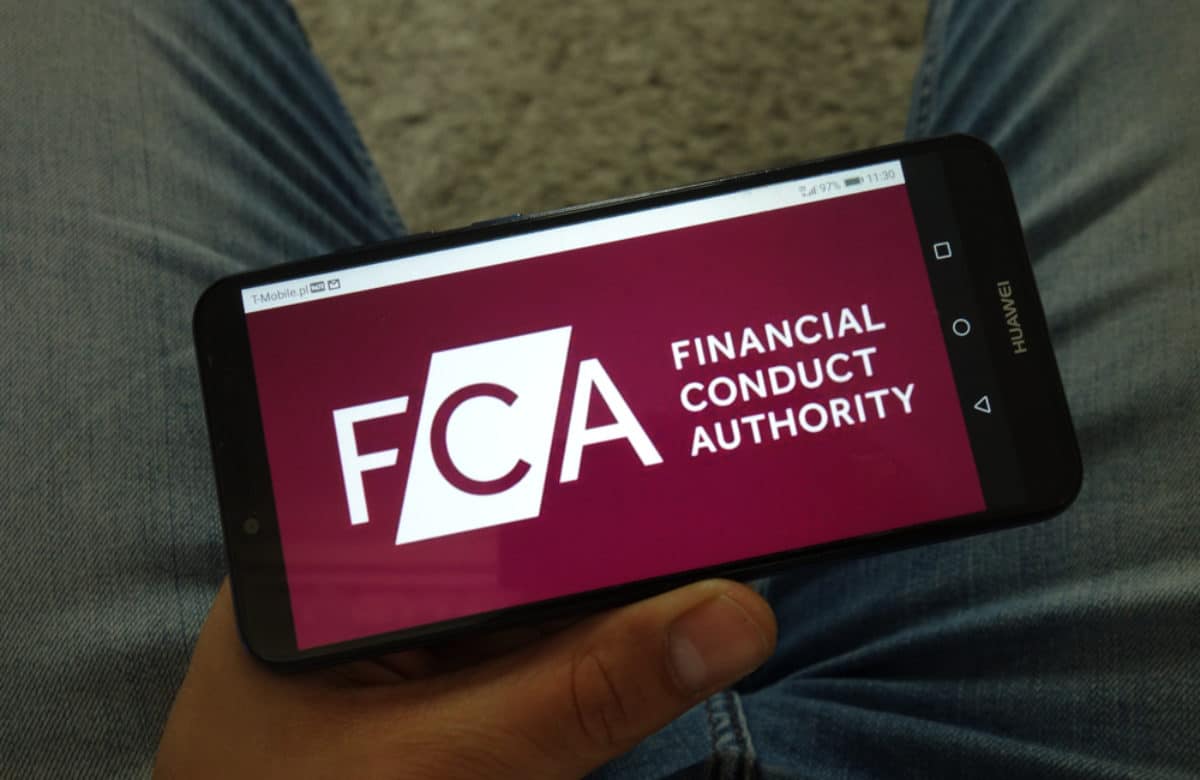 Now the people who are interested in participating in the crypto industry in the UK will have more clarity on the types of crypto assets and will have a better understanding of the UK Financial Conduct Authority (FCA) regulatory framework. Recently, the FCA published detailed guidance on the ‘Guidance on Crypto Assets Feedback and Final Guidance to CP 19/3.’

The guidance talks about three types of crypto assets, which are-

Also, starting from 2020, the businesses related to the German cryptos will need to get a license by the German Federal Financial Supervisory (BanFin), and also adhere to AML regulatory requirements. Likewise, Aximetria, the personal financial crypto app got license from the Swiss Financial Services Standards Association (VQF), Quedex from Gibraltar revealed that it got the Distributed Ledger Technology (DLT) Providers license, XBTO from Bermuda, under Bermuda’s 2018 Digital Asset Business Act received the Bermuda Monetary Authority License. 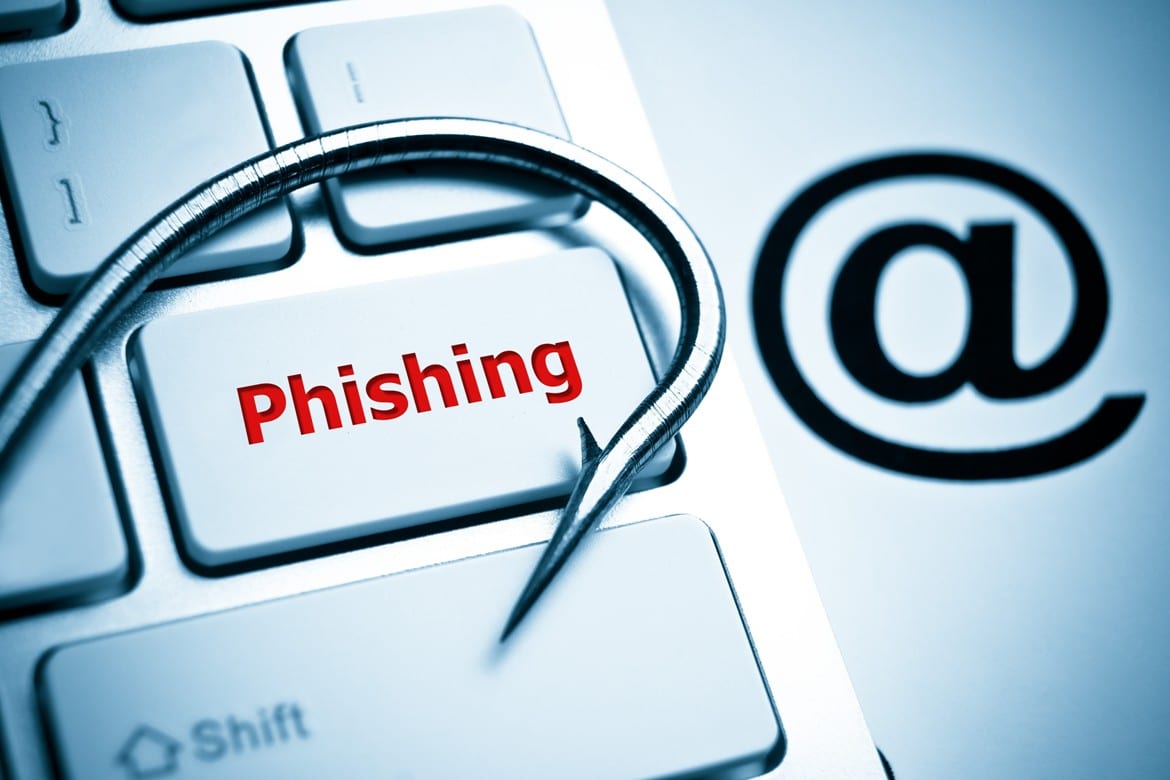 A British hacker has been confiscated with 1.1 million U.S. Dollars in cryptocurrency after Judge Joanna Korner of Southwark Crown Court ordered so this week. The hacker was accused of stealing critical personal data and sold it online by attacking people through phishing tactics.

The hacker used a pseudonym “Courvoisier” during his phishing attacks. He stole important information such as financial information, sensitive information about credit cards and debit cards. The victims include big brands such as Sainsbury’s, Argos, Uber, among others. As per sources, the investigation revealed that the hacker managed to steal a whopping number of 78 million individuals’ usernames, passwords, and 63,000 credit and debit cards.

The court has punished the hacker with ten years of imprisonment on the grounds of fraud, theft, and possession of stolen information. The price difference of cryptocurrency due to price fluctuations made it difficult for the authorities to decide the rate for confiscation. The due compensation will be made to the victims after the selling of seized cryptocurrency. 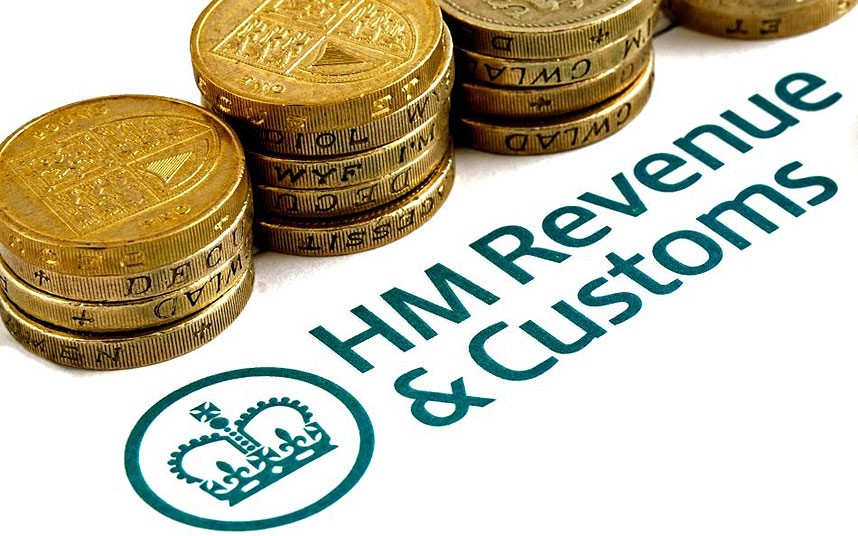 If they do only go back two or three years, I think the interesting thing here is, that the individuals who went into crypto very early on in 2012-13 will not be affected. The ones who probably made the largest gains won’t be affected, it will be the people who came in around the time crypto peaked.

These transactions may result in potential tax charges and HMRC has the power to issue notices requiring exchanges to provide this information.

It was just last December when we saw HMRC publishing the first-ever tax legislation for ‘private cryptocurrency holders.’ The legislation stated that the individuals are expected to pay either in ‘Capital Gains Tax or Income Tax’ based on the category of the crypto transactions. One can draw a parallel comparison between HMRC’s take on tax evasion with the United States Internal Revenue Service’s in many respects.