The Indian Government informed the Supreme Court of India that the committee appointed to lay down regulations for cryptocurrencies is in the final stages of deliberations. The Court has decided to hear the petitions against the ban on cryptocurrency trade by the Reserve Bank of India after the government produces cryptocurrency regulations.

The matter was placed for hearing before the Supreme Court last Monday, and the Court heard the cryptocurrency case briefly. Adv. Jaideep Reddy of Nishith Desai Associates represented the Internet and Mobile Association of India (IAMAI) at the Court, for its Writ Petition against the banking ban on crypto-related services by the RBI.  Adv. Reddy spoke to reporters after hearing. He said that the matter was heard for a very short period of time.

He further added that the Council of the Union of India started the court proceedings by stating that the government-appointed committee is in the final stages of deliberations and that the petition should be heard after the final draft is prepared. After hearing the Court decided to allow four weeks to the government committee, however, warning the council that this is the last chance to produce the final draft.

“Upon hearing the counsel the court made the following order… Four weeks time is granted, as the last opportunity, to the Union of India to do the needful.”

The Cryptocurrency matter will now be heard after four weeks from the date of order.

Responding to the Supreme Court’s order, the counsel for petitioners argued that the petition challenges the circular by the Reserve Bank of India, which banned banking services for crypto services in the country, with a separate issue altogether from the committee report. Adv. Reddy further added that the Court had said last time, the validity concerning the RBI circular should be heard independently. The lawyer for petitioners also mentioned before the court that the employees’ livelihood is being destroyed with each passing day.

Despite all this, the Supreme Court has deemed fit to hear the matter only after four weeks. The dispute started when the Reserve Bank of India released a circular in April 2018, banning banks from providing services to cryptocurrency related transactions and businesses. The ban came into effect from July last year, which triggered a nationwide jolt to cryptocurrency exchanges, which were subsequently forced to suspend all operations.

As per ZebPay Reviews, One of the largest crypto exchanges, in the country, Zebpay shut down its Indian exchange operations completely, due to the banking restrictions. However, some cryptocurrency exchanges have found innovative solutions to tackle the banking crisis, such as by launching exchange-escrowed peer-to-peer services which they claim to have grown much in popularity. These exchange-escrow propagates maturity of cryptocurrencies.

The road for cryptocurrencies has been quite bumpy in India, with government been very unclear on its stance on the issue. Late in October last year, India’s first cryptocurrency ATM was installed in Bangalore, however, it was uprooted within a week and the owners were arrested.

Germany Working on a National Blockchain Strategy, Plans to Introduce Technology by Mid-2019 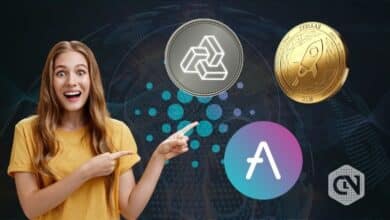