Cryptocurrency trading in India has been a tricky affair. The Government has had a dicey stand on the subject, creating confusion in the market. In April 2018, the Reserve Bank of India had issued a circular, asking all the banks to stop providing services to cryptocurrency and related activities. Subsequently, all the banks in the country stop serving cryptocurrency exchanges from June last year, forcing several crypto companies to shut down operations.

In October last year, India’s first crypto ATM was installed in Bangalore. However, within six days, the establishment sealed the machine and even arrested the owners.

A fresh round of funding for an Indian start-up is quite encouraging for digital asset space in India. CoinDCX has over 50,000 active users across the country and claims to be doing $1 million in average daily volumes. CoinDCX co-founder, Sumit Gupta stated that the firm will use the funds to strengthen its technical infrastructure and introduce new products. The start-up wants to be a platform that provides investors with a complete set of financial instruments to trade their digital assets.

In spite of the fact that cryptocurrency is booming across the globe, start-ups related to the digital assets have been a rarity in India, primarily due to regulatory uncertainties. People from the cryptocurrency can have been fighting the RBI ban on digital assets in the Supreme Court. On February 25, the honourable Court had directed the government to furnish its draft of regulations on cryptocurrencies in the country.

While the government takes concrete steps in the right direction, CoinDCX will continue to build secure, professional and scalable crypto products for the masses, said Neeraj Khandelwal, co-founder, CoinDCX. He feels that as cryptocurrency regulations are expected very soon, it is a great time to invest in the crypto space in India. 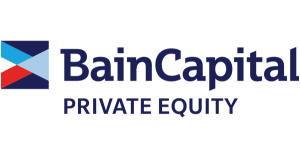 The Boston based private equity firm Bain Capital Ventures has invested in more than 100 start-ups worldwide. Most notable of its investment is in professional social network LinkedIn, and the surveying platform Survey Monkey.

Cryptocurrency market has been bleeding throughout 2018 with many digital tokens losing as much as 90% of DAV Price value. Largest cryptocurrency Bitcoin also saw a substantial didn’t price, just after it reached its peak of $19,700+ in December 2017. It kept losing the price pattern for six consecutive months, finally ending the streak February earlier this year.

Regulations on cryptocurrency exchanges and other trading platforms are getting tightened throughout the globe. Especially, after the recent QuadrigaCX debacle, government servant taking extra effort while laying down regulations for the sector.
Due to the ban imposed by the RBI circular, several cryptocurrency companies in India, including WazirX – bitcoin crypto trading exchange, CoinRecoil and Unocoin are severely impacted.

However, the scenario indicates that the cryptocurrency game is far from over. Several business stalwarts like IBM, Vodafone, Microsoft, and Intel are all entering the crypto – blockchain game. Payments giant VISA Inc. recently stated that it will be integrating its platform globally to accommodate digital tokens. JPMorgan, became the first American bank to launch its own cryptocurrency, making it the first bank to do it in the United States.

Cryptocurrency exchanges across the globe have been accused of manipulating sales volumes in order to create traction for they are platforms. This is one of the reasons why the Indian government hasn’t taken a concrete step yet.

Cryptocurrencies have the potential to pull countries out of economic crisis, says Chicago Mayor

Crypto Winter is back, Bithumb to bear the losses this time 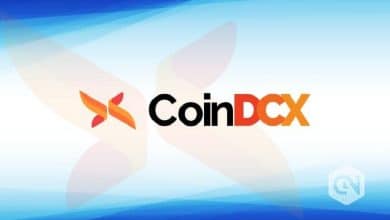