CEO of the Dash Core group, Ryan Taylor considers that instantaneous cryptocurrency confirmations, which are provided by Dash’s InstantSend and ChainLocks, can help in solving the diligent problem of market volatility. This was mentioned in a recent podcast of the Abra Money 3.0.

“The volatility issue is real. It’s even more real for a smaller cryptocurrency like Dash, which has about 25% higher volatility than Bitcoin does.”

Regardless of the noteworthy benefits that Dash offers in fighting market volatility through faster transactions, Taylor sees the exchanges did not solve the present issues. He said those issues could be solved by benefitting from Dash features.

Besides, Dash’s feature of Instasend functionality secures the transactions instantly, taking a normal time of under two seconds to finalize the payment successfully. This has been executed as a default for all the transactions carried out from April.

He additionally clarified that the kinds of payments that Dash encourages truly well are point-of-sale sort of transactions. Firstly, it is instant. Moreover, all transactions are locked inside one to two seconds and that makes it truly practical at a point-of-sale. Further, it is not expensive and the user can get the combination of low cost and speed.

Additionally, in July, Dash also activated ChainLocks, securing the blocks as permanent instantly. These two functionalities increase the trustworthiness and security of Dash transactions immediately, and after the first confirmation in the block.

Ryan said they have launched a new technology called ChainLocks that prevents 51 percent attacks. Within around four to six seconds of another block being published, the whole block cannot be turned back. The blend of the two enables them to do what is called Chained Instant Sends.

Moreover, they have already counteracted the technical hurdles; regardless, Taylor sees the benefits of instant confirmations in fighting volatility as appealing enough and expects exchanges to honor Instasend.

“We have to go out and educate them on how to accept these, how to recognize the InstantSend locks and so on, and recognize the benefits to them. Exchanges that honor InstantSend, it’s probably obvious, see higher volumes. They see higher trading volumes.” 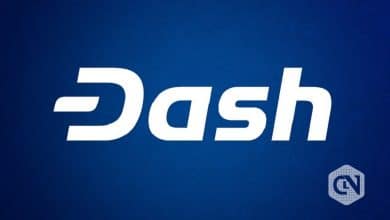