Dash (DASH) is a cryptocurrency aimed towards instant transactions and privacy of its users. It is based on a complete decentralized platform. It was previously known as Darkcoin because of its concealing identity nature. It is operated on its own network called, Darksend. It also relies on InstantX technology, which facilitates instant transactions. This technology also makes it impossible for the users to track any record of the movement of value. 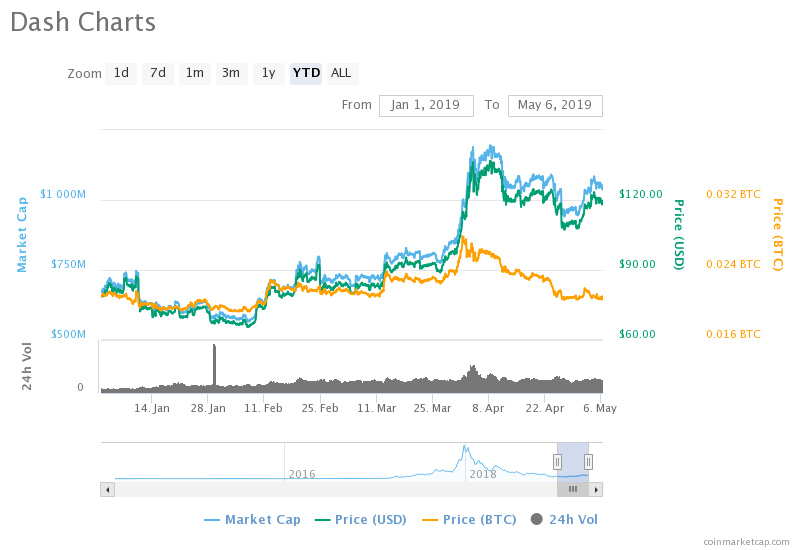 The 1day value of Dash coin has not been to many inconsistencies. The range of Dash coin in the last 24 hours was 120 USD to 117 USD.

It should be reported here that Dash Coin is one of the most used crypto coins in Venezuela and Colombia along with its peer Bitcoin. But there is a recent incident of crypto theft where an Israeli citizen was alleged of stealing 75000 Dash coins. This has affected Dash coin’s market immensely. Owing to this, we predict the coin’s value to degrade further to 100 USD level. The investors’ confidence has taken a hit. After this phase, the coin will rise with resistance at 110 USD and 115 USD. By the end of 2019, the value should be somewhere around 175 USD. You can check Dash Price Forecast to know more further about the Dash coin.

We advise the short term investors to wait for the right time for buying. Selling the coin in the next 1 month would not be very profitable.

EvonSys Offers Another Way of Integration to Ripple (XRP)