Drastic profit bookings from high gains have halted the strong momentum of DASH cryptocurrency not once but twice, and this time it fell close to 50%. We are referring to the September 07, 2021 fall. From a high of $280 to the lows of $143, the selling movement has decimated any hopes of retracement in the short term. Although buyers attempt to test and breach the 200 DMA level and become trending, the momentum is not in their favor.

DASH currently ranks at the 64th position, sliding a lot in the last month. Despite its negative stance, DASH carries a net market capitalization of $2.13 billion with a liquidity of 55%. Further to its higher efficiency, lower gas and transaction fees, it presents a decent possibility to trend in the coming days.

Dash has gained some buying sentiment in the last week as it attempts to breach its 200 DMA level of $210. The swing resistance has already been breached, and trading above the $210 level will indicate a positive stance. 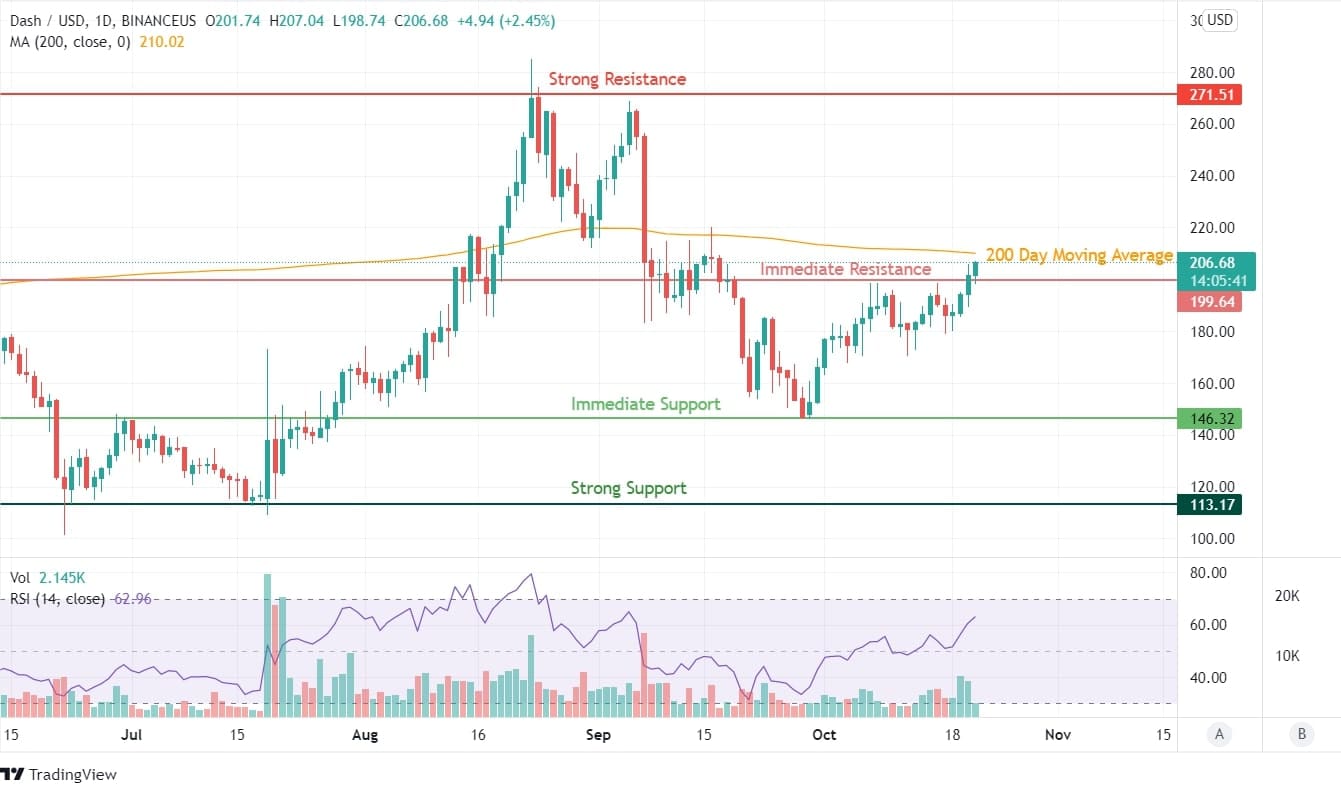 Dash was facing strong resistance close to the $200 psychological mark and faced rejection twice. Although it attempted the same level with renowned sentiment this time, 200 DMA will be causing trouble for this movement. The immediate resistance will be shifting to a range between $210 and $220, while the longer resistance would come around the previous peaks of $270 – $280.

RSI has taken a detour from a close to oversold asset to a positive looking asset. Moving up from the 30s to above 65 indicates the buying rally undergoing behind the red and green candles.

We can also witness a rise in transaction volumes in the last three days that sits in tandem with the last three days of the back-to-back green movement. As per Dash price prediction, moving below $180 can push it back to the support around $140, while breaking the $140 support can be disastrous for DASH.

Proximity Labs Announces $350M DAO for DeFi on NEAR