Dash crypto project’s Mexican arm, Dash Mexico, has announced that it is collaborating with local digital payments network, Cubobit, to launch a new crypto remittance platform called Remezaza. As per the announcement, shared via a tweet by a prominent member of the Dash Mexico community Roel Castaño, this new platform will be based on the Dash blockchain.

@dash_mexico is extremely exited to announce our collaboration with @cubobit to help launch the new remittance platform @RemezazaMX ! The new Mexican remittance delivery platform based on the $Dash blockchain. @dashpay https://t.co/9rjEQmhuTS

Castaño also shared the link to the official announcement made by Cubobit via a blog post on Medium. In the blog, Cubobit states they are excited to work with the Mexican arm of DAO (Decentralized Autonomous Organization) of Dash. Amir Manzur Escobar, Co-founder, and CEO of Cubobit noted that the company is excited to help the Mexican people with a simplified remittance delivery system with the launch of Remezaza. He further added,

The instantaneous global transactions of the Dash Blockchain, its instantaneous re-expenditure capacity, and the ease of use make it the ideal tool to automate international payments. With Dash, we can now receive remittances in Dash, change them to Mexican pesos, and deposit them to the beneficiary’s account, almost instantly.

Mexico and other Latin American countries are growing to be an important market for remittance delivery companies. The amount of money coming in the region from countries like the US, Canada, and Europe has increased significantly, which shows no signs of slowing down in the foreseeable future. As per the data released by the National Population Council’s Yearbook of Migration and Remittances, Mexico for 2019, about a humongous $35 billion is estimated to be coming into the country alone from the US.

Digital currency-based payments are becoming quite popular in Mexico and neighboring countries, which has lured several crypto companies into placing fat bets in the region. It was June 2019, Mexico alone, to get eight new crypto exchanges in 2019-2020. At a time when uncertainties regarding crypto are growing throughout the established economies, demand for crypto in emerging markets like South America has given some hope to the companies. In fact, in Mexico alone, there are about a million active crypto users, and Dash would want a big piece of the pie. 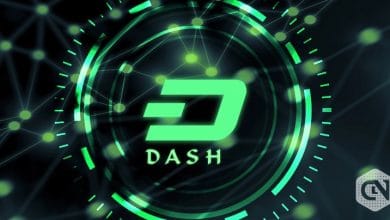