When there is an economic slowdown, then the availability of credit dries up instantly and eventually, the government of the country’s central bank has to stimulate the economy through financial packages. Banks generally stop the tap as far as giving any kind of credit is concerned and eventually it piles on the miseries caused by an economic slowdown. As everyone knows, economists and assorted market experts have stated that the United States economy might be heading for a recession. In such a situation, one would expect the banks to slowly roll back some of their measures with regard to credit cards. However, New York-based banking giant Citigroup has taken a whole contrarian position with respect to this issue and decided to double down on its credit card business.

The bank, which has gone on to become one of the biggest advocates of balance transfers for zero interest, is one of the biggest credit card issuers in the United States. According to a leading data collection firm, Citigroup is the third biggest issuer of credit cards in the country. The biggest reason behind Citigroup’s move to bet big on credit cards in the middle of economic uncertainty is the revenue it generates from credit cards. The credit card business contributes almost 33% of the revenues generated by the financial giant and remains one of its biggest growth areas. Hence, it is not entirely surprising that the bank has decided to expand its credit card operations. That being said, the move has come as a bit of a surprise for many analysts.

Analysts believe that the credit card business could become a huge burden for the bank if the economy starts to soften. Warren Kornfield at Moody’s stated,

Just recognizing where we are in the credit cycle, it’s interesting to see Citigroup doubling down and pushing forward.

When an economic slowdown occurs, then people no longer try to acquire new credit cards and the existing customers often find it difficult to meet their obligations. Hence, it leads to a bit of a crisis for the bank which has issued the credit cards. Moreover, the balance transfer service provided by Citigroup is anyway meant for customers with higher debts and in a slowing economy that could prove to be a major problem for the bank. Customers keep transferring their balances from one card to another from one month to the next in order to avoid finance charges in a booming economy that can work, but not in a shrinking one.

IOTA Drop Takes the Coin to $0.024; Expected Price Recovery Seems to get Delayed 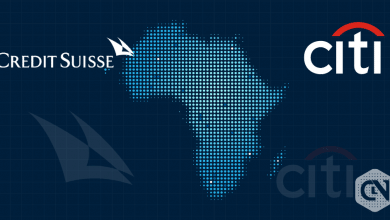