Devolution and Chainlink Keepers have partnered in the form of Devolution, integrating the latter. Through this integration, Devolution will gain access to secure smart contract automation services.

The news was announced by DeVolution Meta through a blog post. DeVolution Meta is a GameFi project that features a metaverse that revolves around Evomons. Integration of Chainlink Keepers is based on BNB Chainmainnet to ensure that the NFT marketplace and post-auction transactions of Devolution are secured and automated.

Chainlink has been in the industry for quite some time. Since its inception, no other player has ever been able to match the standard set by its team. Chainlink focuses on powering hybrid smart contract solutions by building and selling its Oracle services. Additionally, clients gain access to Oracle services very easily.

The marketplace may be debatable for some, but Chainlink has tapped into it pretty well. Chainlink currently secures billions of dollars across some major industries, including DeFi, insurance, and gaming, among many others.

Devolution is here to revolutionize the GameFi segment of the gaming industry. Its gaming base is perfectly complemented by DEVO, the native token that players can access and leverage for future utilization. The same is being made available across several exchanges for traders to exchange DEVO as per their requirements.

Chainlink Keepers comes as a savior for Devolution. Players who engage in the gaming world of Devolution are first required to buy Evonom, powerful creatures of Devolution’s gaming ecosystem that is in the dominant population at Callisto – the outer moon of Jupiter.

This makes the NFT marketplace the hub for the game. It must be secure and decentralized to ensure that transactions are trustless.

The entire process requires functions to trigger the action so that the NFT auction can be initiated and concluded without any hesitation in the infrastructure. Until now, it has been a manually performed action, making it a centralized infrastructure.

By integrating Chainlink Keepers, Devolution is further highlighting that the priority is to decentralize transactions on an end-to-end basis. This will be followed by leveraging the automation service that will enable Devolution to eliminate the manual labor of conducting the NFT marketplace auction.

Players bid in the auction process to purchase Evomon. After the conclusion of the auction, NFT is transferred directly to the player’s wallet.

Chainlink Keepers was chosen for a list of features that it brought to the table. These include decentralized execution, increased efficiency, enhanced security, and reduced costs.

In the future, Devolution plans to integrate Chainlink Verifiable Random Function to guarantee that players have a fair and equal chance of winning a rare reward.

Start ROVE-ing and Create Your Own Space in the Metaverse! 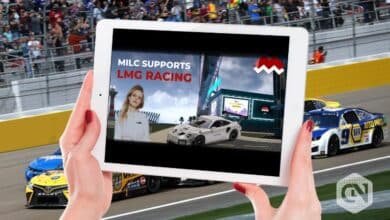 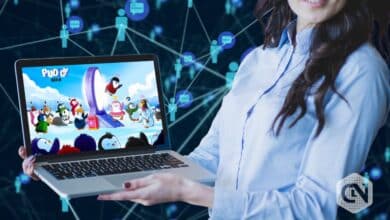