It’s tempting to sort online games into separate categories marked “luck” and “skill” but the truth is that most of the games that we think go under the “pure luck” category often require a good amount of skill and vice versa. For instance, chess is often used as an example of skill, but it might actually take some good luck to win a game of chess. Roulette, on the other hand, is a game that many believe relies only on pure luck when it often requires focus and strategy too. As you can see, the luck vs. skill battle is an ongoing one.

For the online games that purposely incorporate the element of luck, there’s a wide range of amounts and types of luck that can significantly affect the kind of experience the players will have. As a gaming enthusiast, it helps to know what potential sources can bring you luck, so let’s take a look at how most online games incorporate luck into the gameplay.

Luck vs. Strategy: Get to Know the Game

First off, to have a great online gaming experience, you need to be familiar with the gameplay. Even if you’ve played the same game in real life before, you’ll often find some aspects that are unique to the online version of the game. This is particularly true to online casinos. When playing baccarat online, you may notice that the flow of the game depends mainly on luck, but there’s always a bit of strategy involved. To understand which strategy will best enable you to take advantage of that luck, you’ll need to understand how the game works. Once you familiarize yourself with the different aspects of the game, you’ll be able to tell where and when you can find the offers, bonuses, and free spins that can bring you extra luck.

Any random event that occurs before the player performs an action is considered pre-action luck. Since the random event takes place before the player makes their move, the player can make a decision based on that particular event, further improving their chances of winning. Most online gaming platforms offer bonuses in the form of free boosters, extra coins, bonus lives, etc. These are all common forms of pre-action luck.

Another example of pre-action luck would be the no-deposit bonuses that many online casinos will typically offer you upon sign-up. These are practically free money. Take advantage of these bonuses as they’ll allow you to play online slots for free while giving you the chance to win real money. Pretty much, all online games involving drawing cards from a deck and having a “hand,” either a good or a bad one, use pre-action luck. Based on that random luck, you have to find the best way to play your cards.

The biggest drawback of this type of luck is that it can extend the overall time of the gameplay. If every player is presented with a special offer or an added bonus, then they will have more choices, and the more options the player has to choose from, the longer the game might take.

As the name implies, post-action luck comes after the player has made a move or taken an action. Spinning a wheel to see if you win a power-up is one of the most common forms of post-action luck. Unlike, pre-action luck, the outcome of post-action luck is completely random. The tension that comes from not knowing what’s going to happen can add a bit of spice to an otherwise monotonous game and give the players hope that they can do something, even if their chances are small.

Although it doesn’t add to the choices that the player has pre-action, in many cases, without post-action luck many players could see the situation as useless and lose interest in the game. The dark side of post-action luck is that many games such as the online slot machines exploit the fact that we, as humans, are generally attracted to the prospect of random rewards so they use that human quirk to hook players in a game that would otherwise lose its charm.

As you can see, identifying the driving forces behind the different online games isn’t that simple; the games we think are as good as random are usually far from it and the ones we assume rely solely on skill, often do not. There’s rarely a game that’s built on pure, random luck. Strategy always plays a role too. With a little bit of both, you can defeat the best of players.

The Sandbox and Harmony Partner to Boost Growth of Blockchain Gaming 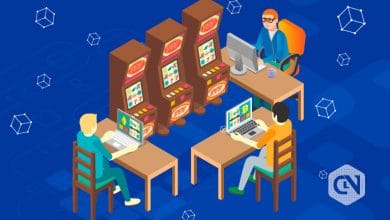 Crypto Casinos Vs. Online Casinos: How Different Are These Formats From Each Other? 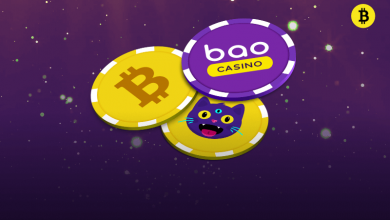