Recently, Elon Musk revealed that he owned a 9.2% stake in Twitter, making him the company’s largest individual shareholder. The news has skyrocketed the price of Dogecoin. On the very next day, another piece of news came that Elon Musk was welcomed as one of the board of directors of the company.

It came from the Twitter handle of CEO Parag Agrawal. Elon Musk also agreed to join Twitter and bring positive changes to the company. After that, Dogecoin shot up more than 15%.

The reason for this rally is very simple: Elon Musk supports Dogecoin, and a single post from him related to Dogecoin can disrupt all technical and fundamental analysis.

Investors speculate that it might integrate Dogecoin with Twitter, and they can make transactions on this platform with Dogecoin. Most analysts think that the rally is based on speculation, not on solid foundations, so it will not last long.

After a massive gain within a week, investors are ready to book the profit. However, the price of Dogecoin has been corrected today, and it will consolidate to its immediate support. 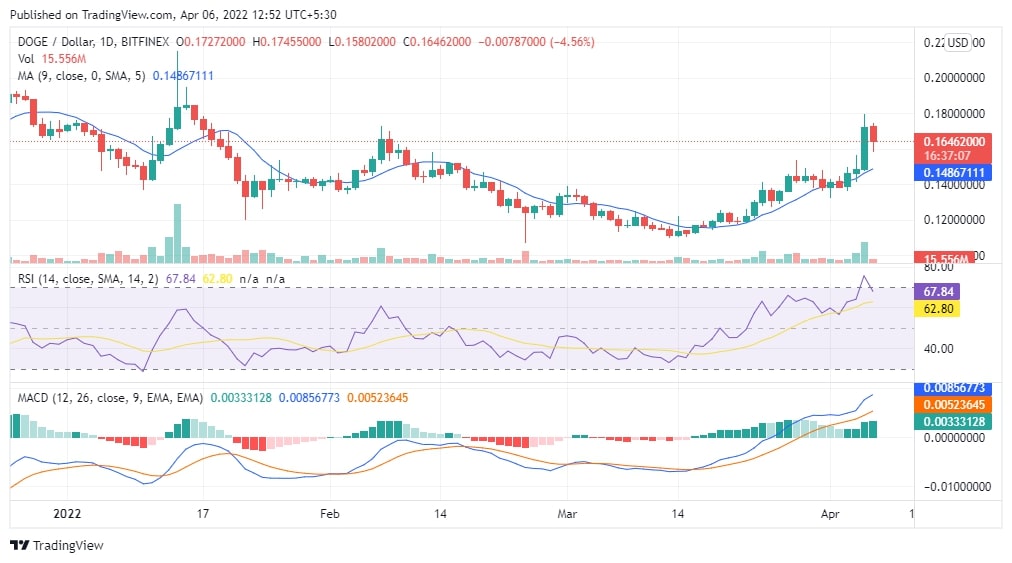 At the time of writing, DOGE was trading around $0.16. As a meme coin, its prices move based on social media news. Though it is down today, and as per the current trend, it will take support around the $0.14 level. If Dogecoin breaks the support level, the price may come down to the $0.13 level, but the chance is very low. Click here to read more about the future forecast of DOGE/USD with potential price levels.

The daily chart is bullish- RSI is around 70, MACD is in green, and candlesticks are trading above the 9-days Moving Average. From the technical chart, we can mark the $0.14 level as a support around the moving average line. 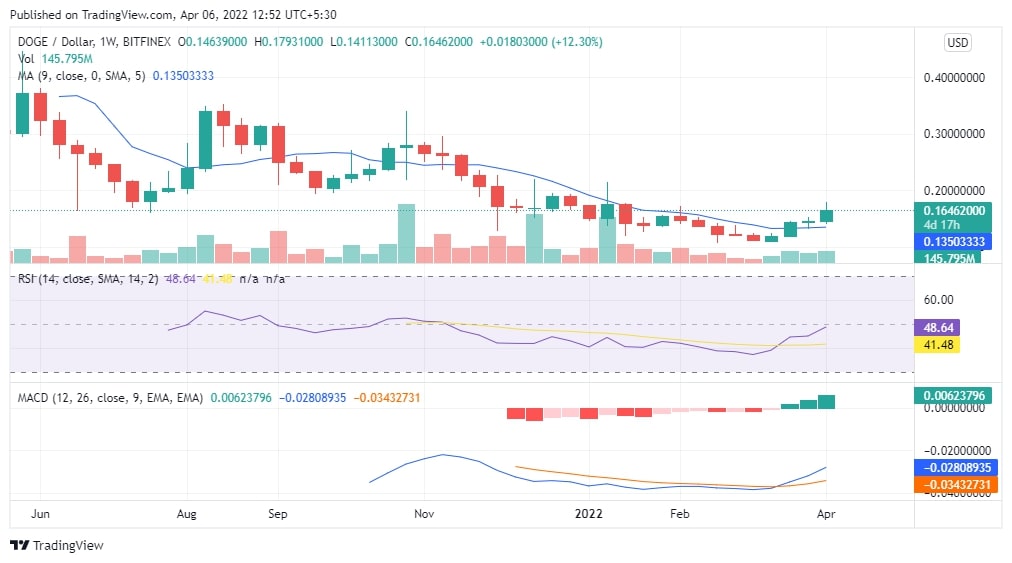 On the weekly chart, the situation is very positive for the investors. After consolidating in a lower range, it has been forming four consecutive green candles with a green histogram on the MACD chart. RSI is stable at around 50.

The best thing is the candlesticks are forming over the moving average with increasing volume, which suggests bullish momentum in the long-term chart. Due to the good news in the market, Dogecoin’s price is going up, so it is a good opportunity to invest for the short term.