Many argue about the scalability and launch of new forks to highlight the growth prospect of cryptocurrencies. Still, we are in a naive zone where Dogecoin doesn’t offer a huge scaling possibility. This is due to the fact that there are hardly any merchants for DOGE crypto as compared to other leading cryptocurrencies.

The only positivity around Dogecoin is that it trades above its 200 DMA even during the massive sell-off in May and June 2021. The lack of positive news and fork development at DOGE might sooner or later lead to investors abandoning this cryptocurrency for some growth-oriented crypto. 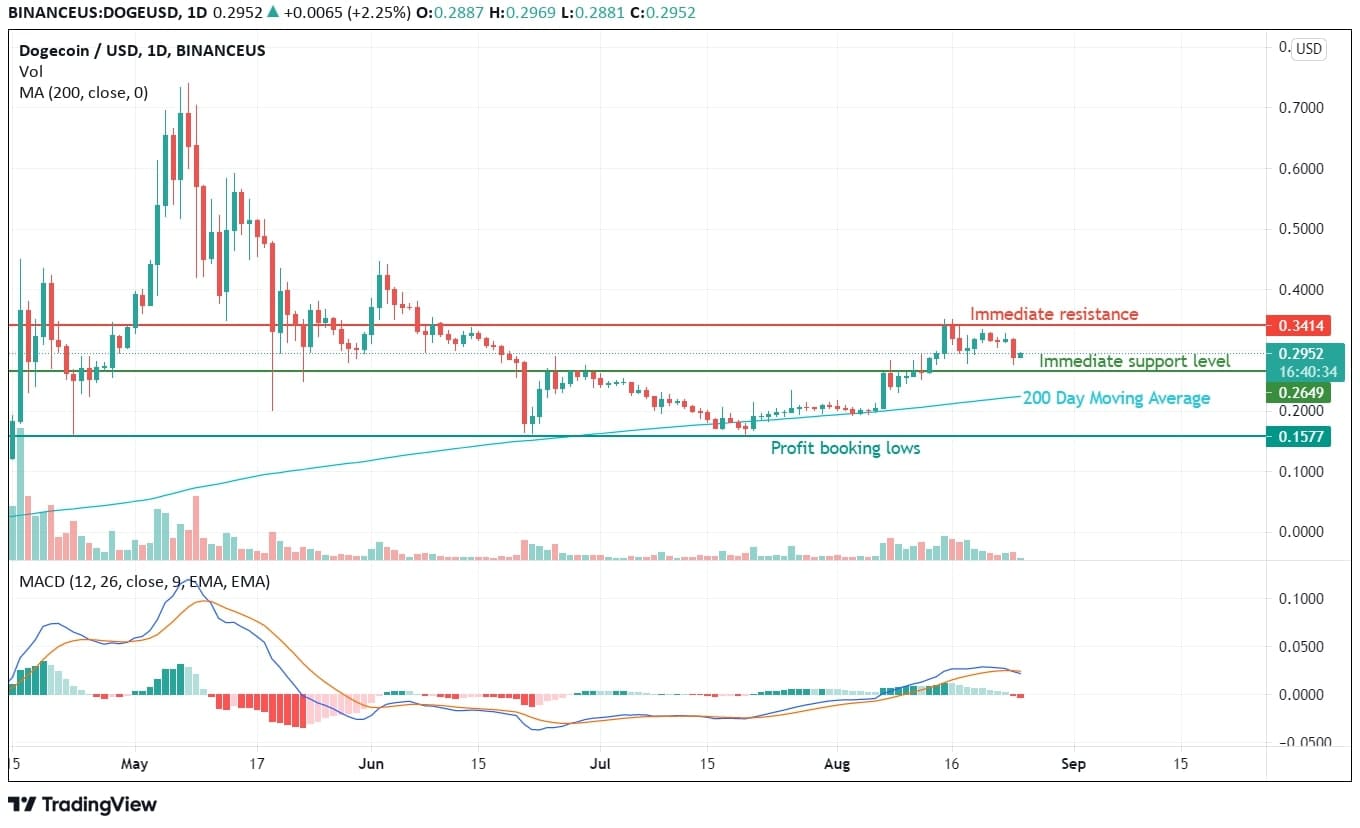 Dogecoin has returned over 3600% from the levels of January 01, 2021, and still holds the potential to provide more gains on daily charts. But, this is a sentiment derived from the previous gains offered by Dogecoin in 2021. When we compare this price momentum with the profit booking from the $0.70 levels, we get a downside to sell off higher than 75%.

On a percentage basis, the gains offered by Dogecoin fares well with other cryptocurrencies but still lack the fundamental potential to reach higher levels. However, DOGE/USD breaking the positive trend line on August 21, 2021, indicates a potential sell-off in the near term. This indication is strengthened by the fact that just 20 wallets control more than 50% of this asset.

Given the fact that we have hardly witnessed any practical use of Dogecoin, one can expect the DOGE holders to take profits eventually. In the case of those holders selling their accumulated Dogecoins, the price can nosedive to fresh lows. This equation not only worries smaller holders but shakes the nerves of new investors who get into crypto with the expectation of becoming a millionaire.

MACD is indicating a clear bearish divergence with a huge nose dive possibility. Combining this indication with the lowering trading volumes, one can expect the Dogecoin price to retrace to its immediate support levels of $0.26. 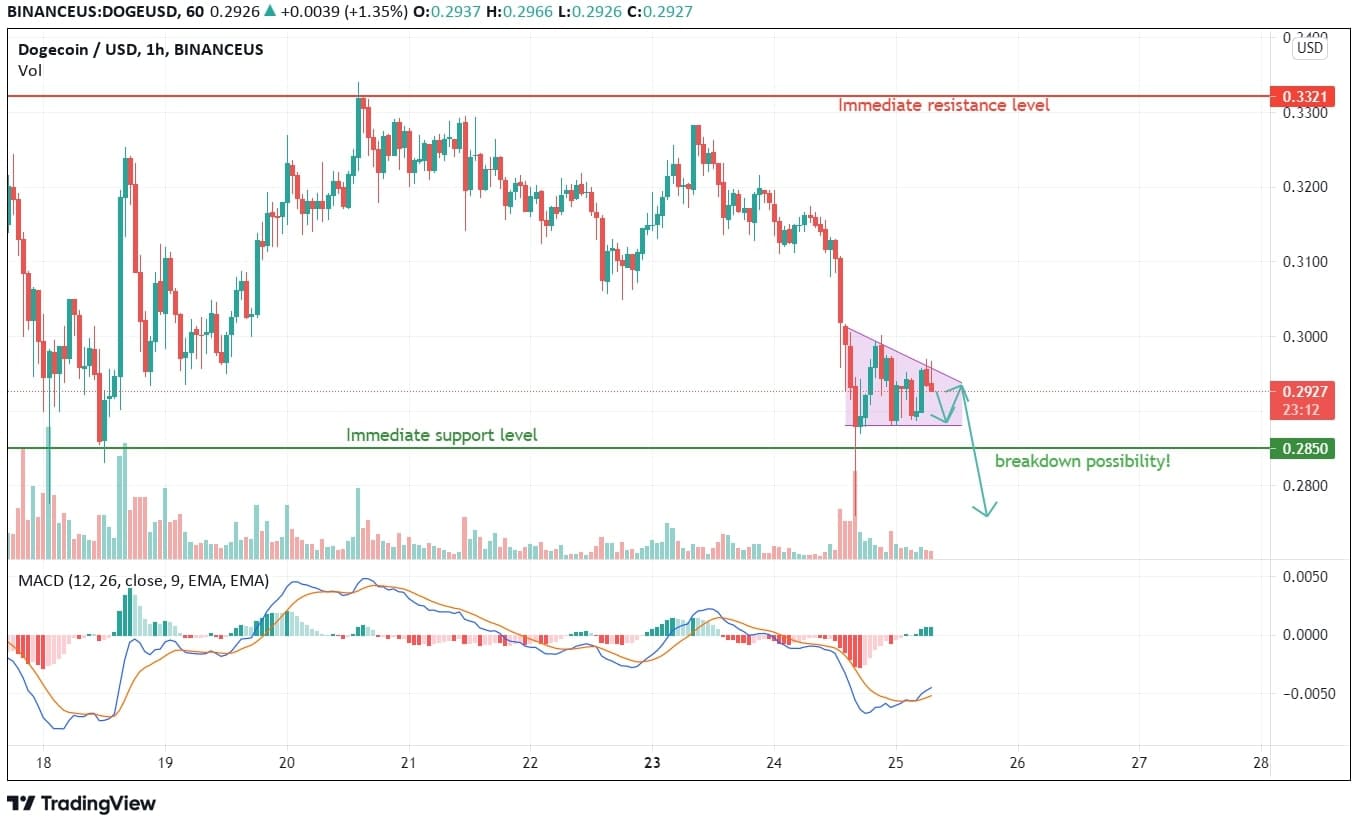 Dogecoin has retraced towards its immediate support levels on hourly charts as it failed to breach the $0.32 resistance on multiple attempts. At present, DOGE has created a flat bottom pattern with a higher probability of initiating a profit booking.

A profit booking at current levels can push Dogecoin’s price beyond $0.20 levels. MACD is giving a breakout possibility, but there is a high scope of it being a fake. Based on our Dogecoin price prediction, one should avoid making entries at such an unclear level and wait for a little for better charts to come out with clear indications. The higher volumes sold off on August 24 highlights the scope of profit booking we can expect on Dogecoin since very few investors are holding a large amount of this cryptocurrency.

Fanadise Chooses Chainlink VRF for Randomization on Its Platform