Dogecoin is a decentralized peer to peer cryptocurrency, also known to be a prominent internet currency. It is known for its easy monetary transfers online; it gained popularity in a short period and is used by retailers to accept payments. Their friendly mascot, Shiba Inu, a Japanese breed of dog shot to fame as an internet meme and represents the Doge crypto coin. Dogecoin is based on another cryptocurrency – Luckycoin, which runs the script under proof of work protocol from Litecoin. Hence, Doge cannot be mined by ASICs, instead only mineable by computers. However, Dogecoin is faster with transactions and confirmations. Dogecoin has been used as a tipping system to reward the creation or sharing of quality content. 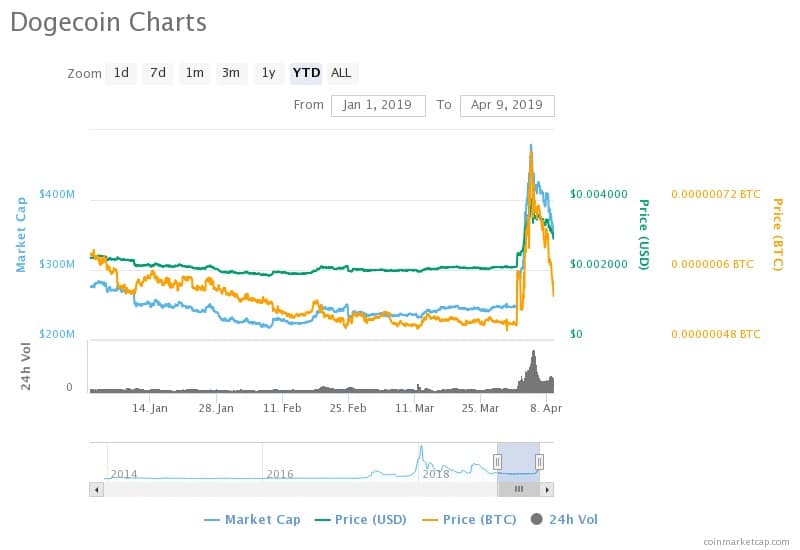 The current market is being run down the bears. However, the overall market shows an improvement from its past. This can be taken advantage of by short term investments. Once there is a stabilized growth in the market, long term investments will give profitable returns.

TRON is Battling with EOS dApp, the Coin is Making Sure it Rules the Market