The questions surrounding Dogecoin’s reliability and long-term sustenance continue to hover over the currency holders as well as investors who would like to believe that the coin is still to reach its true potential. The wait, however, is increasing as DOGE token has nothing outstanding to report. It was only once the coin value surged almost 2x times to cross the $0.0040 mark in April, but since then and before that, it is the same old story as also shown in the current market trend.

Dogecoin was introduced by chance, established a firm market position by chance, and it may continue to grow in the next few months also by chance.

Dogecoin has proved its existence time and again and all thanks to the incredibly supportive community of DOGE token that this currency remains afloat with a strong position in the global ranking without any key partnerships or alliances. Apart from this, as per prediction of Dogecoin, it seems that the value of the coin may cross the 0.006$ mark by the end of 2019, considering its slow growth, but it may pick up speed to cross new price benchmarks sooner or later.

Dogecoin can be considered for short time investment as the currency has no solid ground yet, and it is not fixed how long the community support will last. 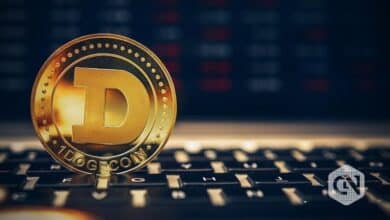