Dogecoin (DOGE) is a cryptocurrency that emerged into the crypto market as a joke. However, since its launch, investors have taken it seriously, and it has a greater appeal than traditional Bitcoin. Dogecoin was initially used as a tipping currency on various social media sites. With the rise of social media and internet culture, the value of Dogecoin (DOGE) is going to rise only. A large of applications and websites like Litebit, Anycoin, Suchlist, keys4coins, dogegifts, clockworkcrypto, and an official Reddit tip bot are currently working on the tipping mechanism. This is a piece of good news for the crypto as it will provide users with more and more way to spend Dogecoin (DOGE). 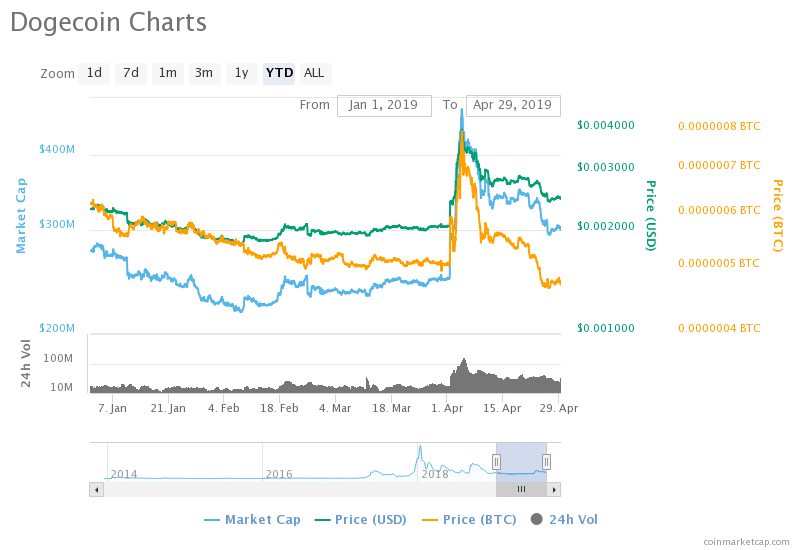 Dogecoin (DOGE) has been losing its value at a steady rate for a month now. Nevertheless, there are few positive spikes in the Bollinger chart in the value of the crypto, but besides the bullish speculations of analysts and few funny tweets by the philanthropist, Elon Musk, nothing is going great for the Dogecoin. If one looks at the history of the cryptocurrencies, almost 95% of the total lot go bankrupt in a year or two after their launch. Only 5% of them pass the test of time and become Apple or Tencent of tomorrow. Sadly, Dogecoin (DOGE) seems to be of the first kind. According to our analysis, it will be a bad decision for any investor to invest in it for short, medium or long term.

The Crypto Fraternity Stands In Solidarity; It’s Time For Change

Why VPNs Are Necessary for the Safety of Your Cryptocurrencies