Dogecoin is a blockchain based peer-to-peer cryptocurrency that was introduced into the market as a joke but eventually found a purpose as a more friendly and approachable alternative to Bitcoin. It was designed to cover a large community of users who have no access to Bitcoin due to its cost. The basic technology behind Dogecoin is based on Litecoin which uses the auxiliary Proof-of-Work consensus algorithm. Unfortunately, it lost most of its value with an online hack. However, the market boomed within a few days when it’s trading volume exceeded bitcoin briefly. 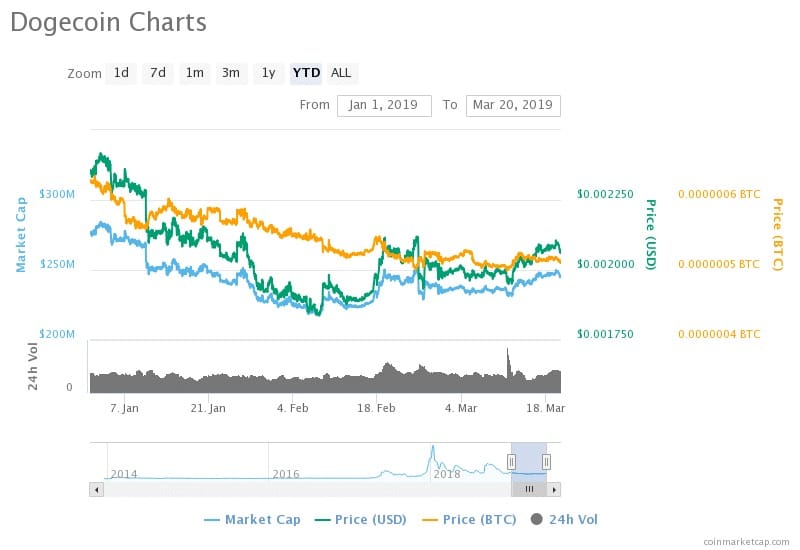 According to stats from Coinmarketcap, the corresponding market cap value of Dogecoin, the 26th largest cryptocurrency in the market, on March 20 at 12:04 UTC is $245,325,976 for its 24h volume of USD 19,365,240 which is relatively higher than its relative value of $223,342,617 on February 14 by 9.84%. The cryptocurrency’s market value started on a good note at the beginning of January with values exceeding 275 million USD. However, it dipped drastically after that and went downhill until February 17. The market cap value has been majorly on the downtrend, reaching the lowest value of USD 217,514,252 on February 08, 12.79% lower than the current value. Nevertheless, the numbers began to rise and have been steady after February 18. The 20-day exponential moving average shows an average rise in values. The numbers rose from USD 235,885,636 on February 28 to the present day value by 4.00%. The stability in values pushes the digital currency’s market into bullish pressure.

The 14-day Moving Average of this digital currency also exhibits an uptrend with Mcap value increasing from March 06 of USD 234,836,709 to the current value by 4.47%. With the percentages of both the moving averages on an uptrend and the bullish pressure on the market, the cryptocurrency’s balance is in favor of the buyers both long-term and short-term investments. Investors would see a good profit if this market trend continues to increase with stability in the future. Similarly, traders investing in this cryptocurrency will increase the value of both the currency and their investment. Therefore, go through Dogecoin Prediction and keep track of the coin’s future price changes so that you can grab the opportunity when it reaches its all-time high. 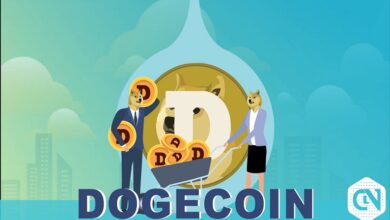 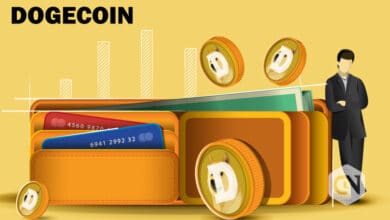 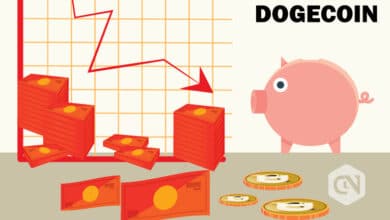 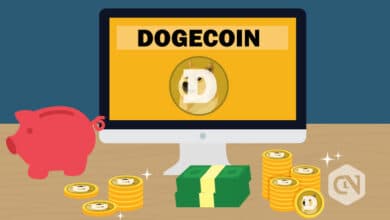