Dogecoin has marked a quick progression from being an underrated cryptocurrency with the meme theme of a dog to becoming an inspiration for other meme cryptocurrencies. DOGE holds a market capitalization of over $32 billion and currently places at the 9th position. Consistent profit booking on Dogecoin is a reactant of minority wallets holding a significant chunk of this cryptocurrency.

The Dogecoin rally has been nothing in front of its immediate competitor Shiba Inu which has been offering triple-digit returns in the last month. Let’s talk more about the price projection being showcased by its immediate technical indicators.

Dogecoin is the undisputed leader of meme cryptocurrency; it has jumped over 25% in the last week. 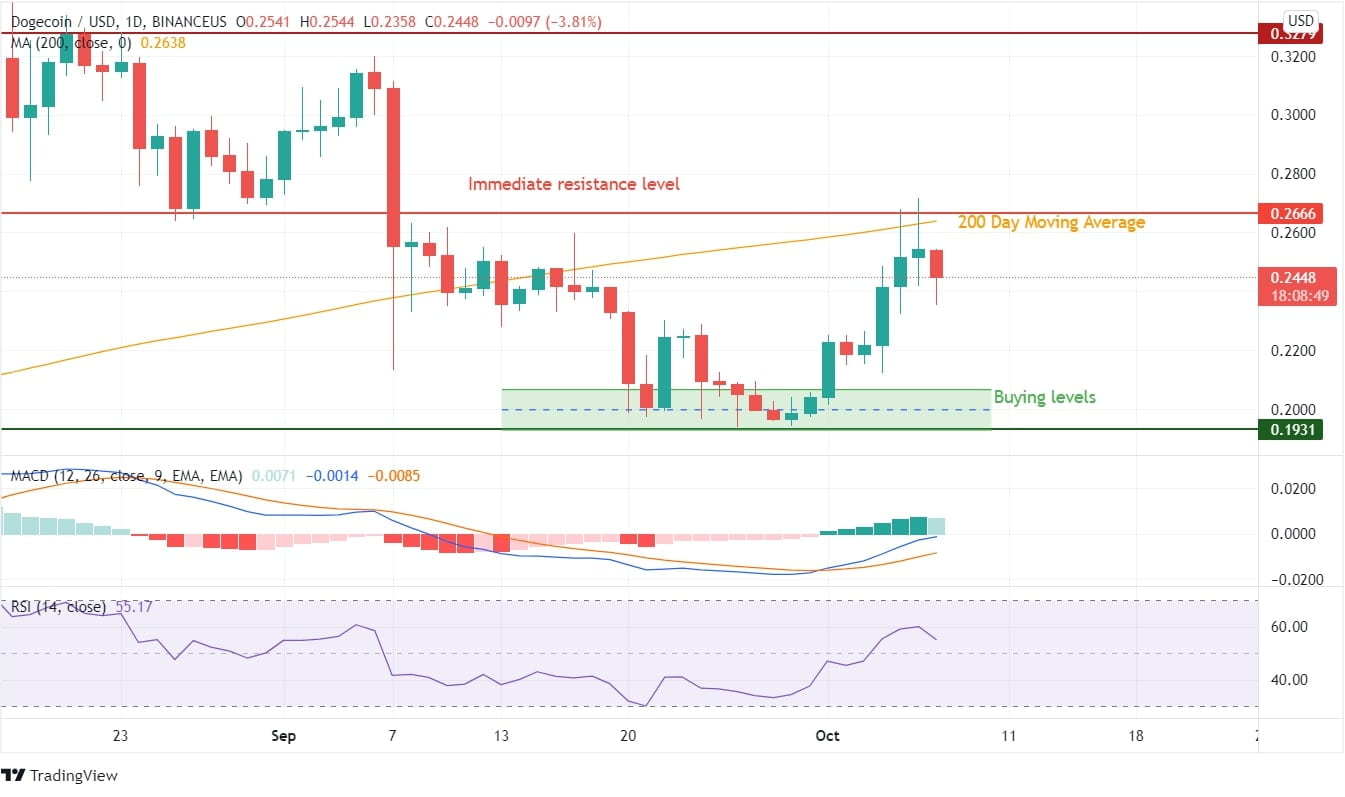 Dogecoin’s value has retraced close to 25% of its lost value from profit-booking in September 2021. For being considered bullish with strong buying sentiment, DOGE needs to breach the 200 DMA resistance level as early as possible. Post breaching the 200 DMA level of $0.2644, which is consistently moving upwards, indicating a positive stance of this digital asset.

Dogecoin has a strong buying level at $0.20 levels and resistance around $0.26 levels. The intermittent 30% range is a base ground for consolidation. It needs to breach this consolidation level and trend in either direction to keep buyers’ interest as per our DOGE price prediction.

The higher wick close to the 200 DMA mark indicates a profit booking stance being developed by sellers. Dogecoin should ideally take support at the $0.20 level and re-attempt to breach the $0.30 level to indicate any hope of breaching the previous important levels.

Startups, Scaleups, Investors, and Govs Get All the Benefits at DSRPTD 2021

Crypto Fest 2021: Rumble in the Crypto Jungle Returns for Its 3rd Edition and Announces First Wave of Speakers