These days whatever is unique becomes trending in only a matter of seconds and the whole world is understanding & accepting the language of memes. Dogecoin emerged in 2013 after forking from Litecoin though the viral internet meme. Since then, the currency took small steps to gain popularity by rewarding the contributors on Twitter & Reddit and now it has a very strong user base, which supports the currency wholeheartedly. The recent Coinbase listing has brought the element of seriousness and made the coin a tough competitor for other trading currencies. The market position is also strong. 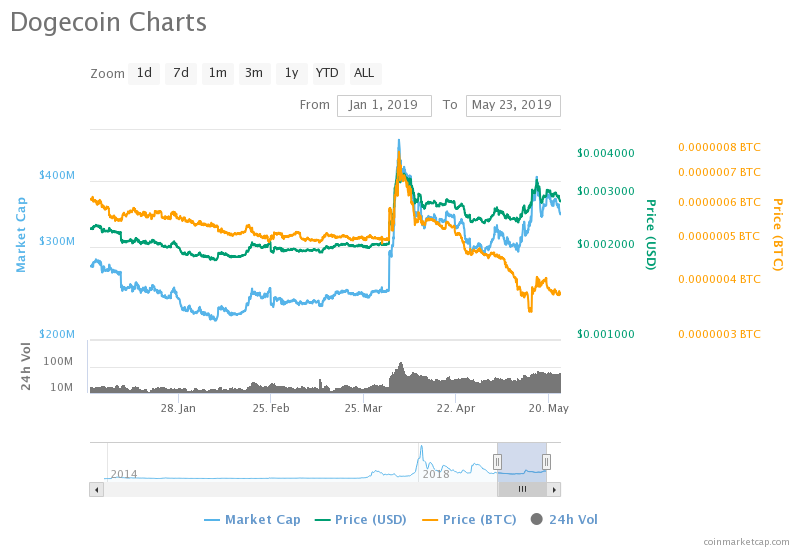 Dogecoin price has started to fall again after showing a considerable rise with the raging bull run of Bitcoin a week back. The all-time high of Dogecoin at $0.018 seems to be a far off dream as the coin has not yet crossed $0.0050 mark. The team is working on bringing new partners on board. This can lead to an increase in the price of the coin and reaching up to $0.009 by the end of 2019. In the next 3 years, Dogecoin should be able to cross the $1 mark.

Dogecoin has the support of millions of community members, and hence, it will be able to sustain the tides of cryptomarket. Investment in Dogecoin is a good move.