Based on the popular meme of the internet “Doge,” Dogecoin (DOGE) is created to set up a payment and settlement system for content creators for online platforms. It was taken out of Litecoin in 2013. It had a Shiba Inu dog on its logo, and it provides the platform for transferring funds with complete anonymity without any need of centralized routing. But the coin is not limited to only content sharing platform; it also deals with other kinds of value transfers as well. 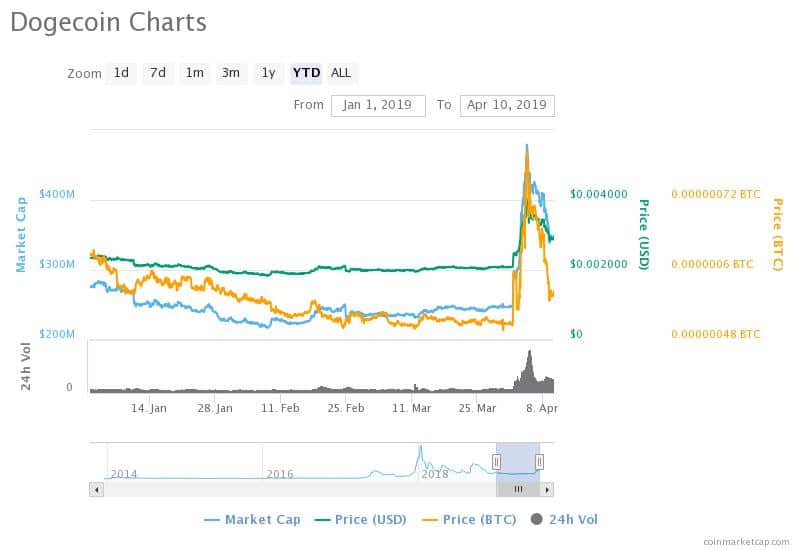 As mentioned earlier, the coin’s growth has been stable from the starting of this year. But it inflated for six days due to the whole market’s growth. But, the resistance at 0.003881 dragged the coin to down. The resistance’s effect is to stay there for some more time. It is definitely the best time to make a buy transaction, and once the effect of resistance is over, it will again move in a gradual growth. The medium-term growth can be considered bearish due to many resistances on the way, but the long-term path is bullish for Dogecoin (DOGE). However, according to Dogecoin Prediction, we can claim that the coin can reach as high as 0.0035 by the end of this quarter and 0.0055 by the end of 2019.