Dogecoin has shown a fair share of profit booking but shows signs of retracement. For the near term, DOGE is trading well above its consolidation zones and is currently fighting sellers at the first resistance. The price momentum, reversal in price action, and breakout are all positive aspects showing a good upside potential in this crypto counter. 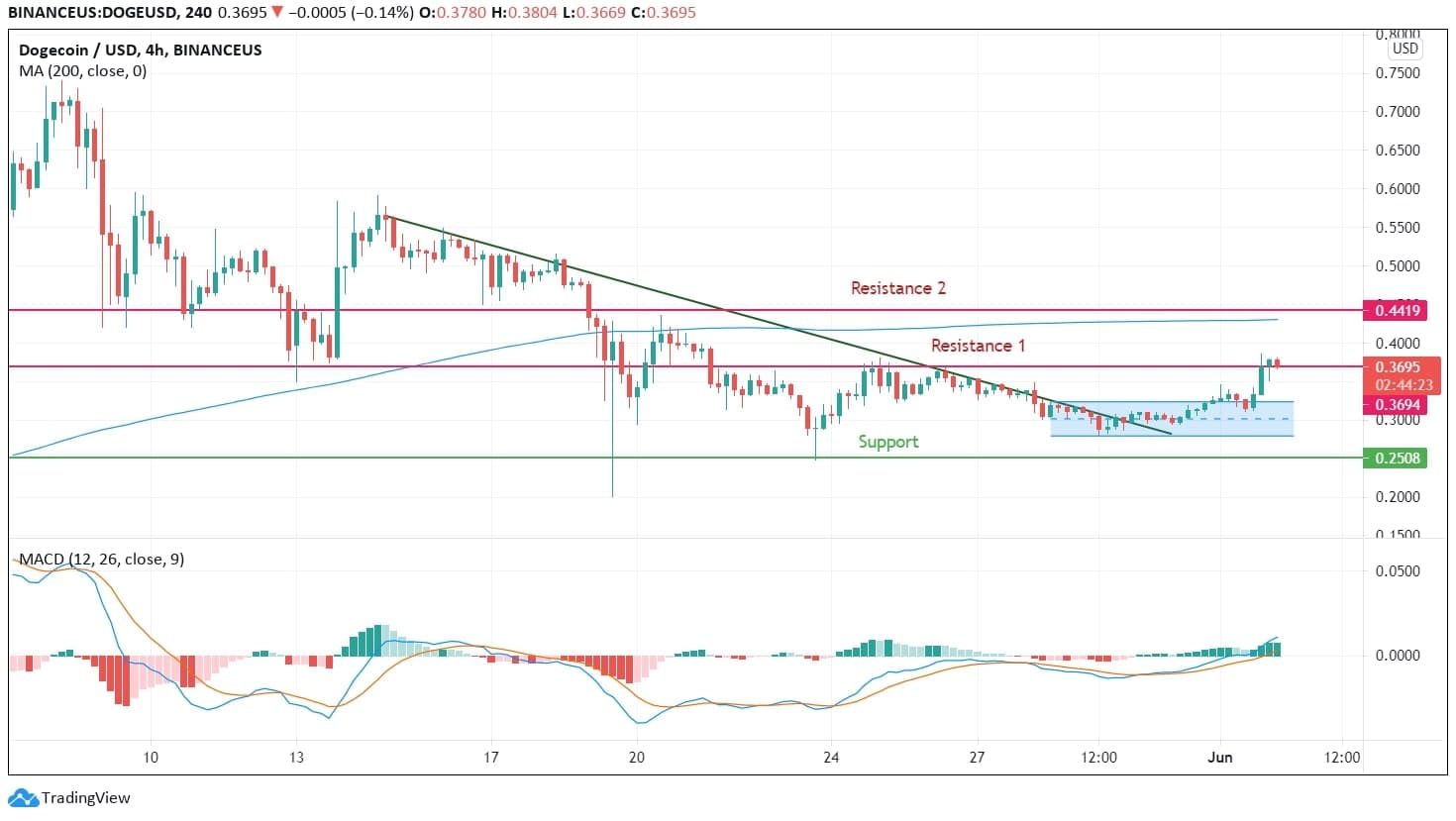 4-hour chart patterns are for day traders, who intend to take a trade with high conviction, and the chart patterns provide a clear picture of the current market sentiment. Dogecoin would most probably trade between the first and second resistance lines before making a breakout on daily chart patterns. The last two days of positive closing have increased the confidence of traders and investors in this cryptocurrency. As such, today’s closing price will carry a significant value in identifying the further possible momentum in this cryptocurrency. 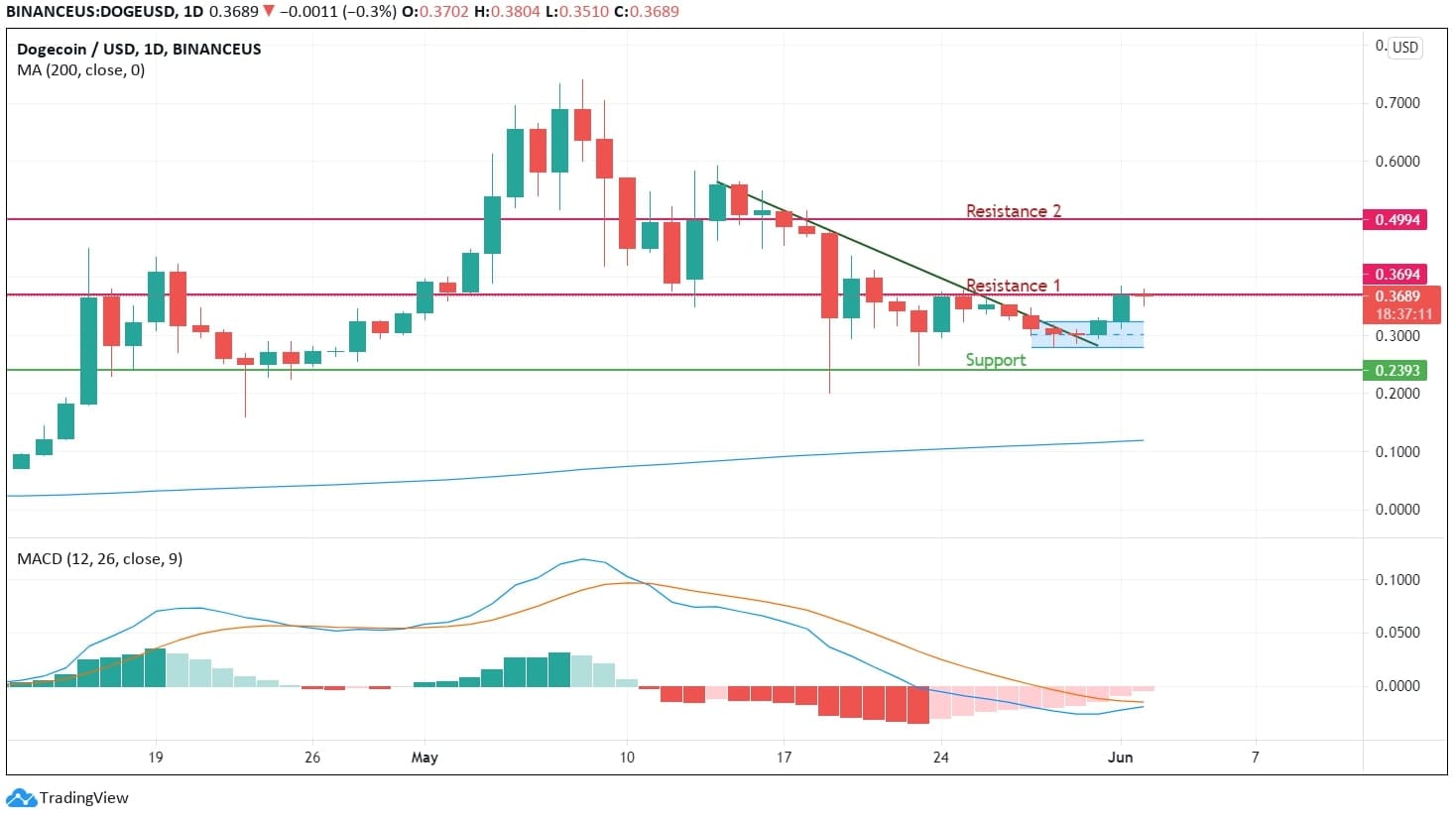 The best aspect visible at the one-day chart is large volumes, low sideways trading, and fight at the first resistance. But the main highlight is below the charts, as the MACD indicator predicts a possible strong golden crossover within the next few days. If MACD marked a golden crossover, it would bring further positive sentiment to Dogecoin, pushing the price action close to the psychological levels of $0.50. 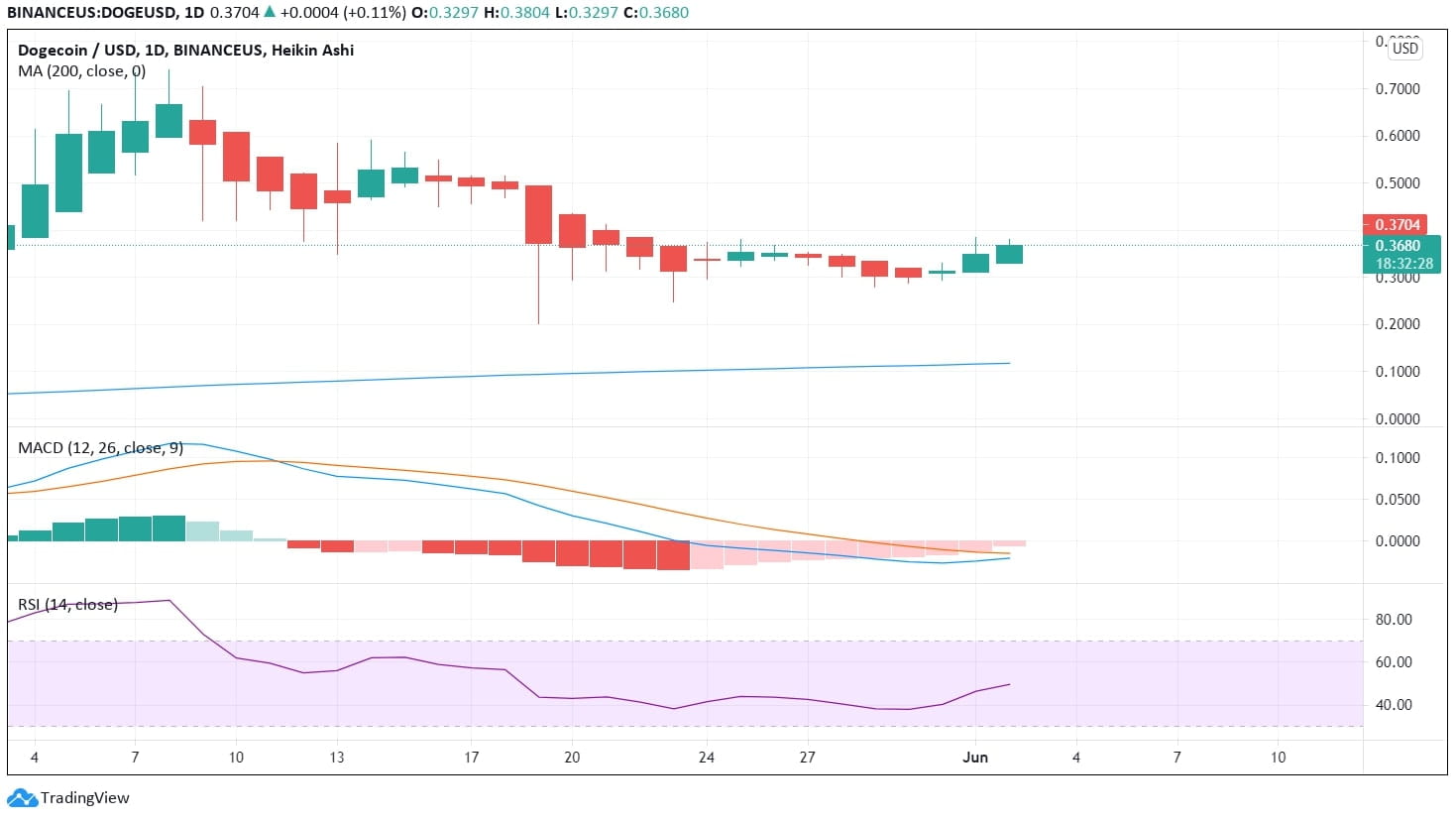 Heiken Ashi is among the clearest chart patterns to read the market sentiment, and on a one-day chart, it will become a buy signal if the high of the current day candle in this pattern crosses $0.3855. 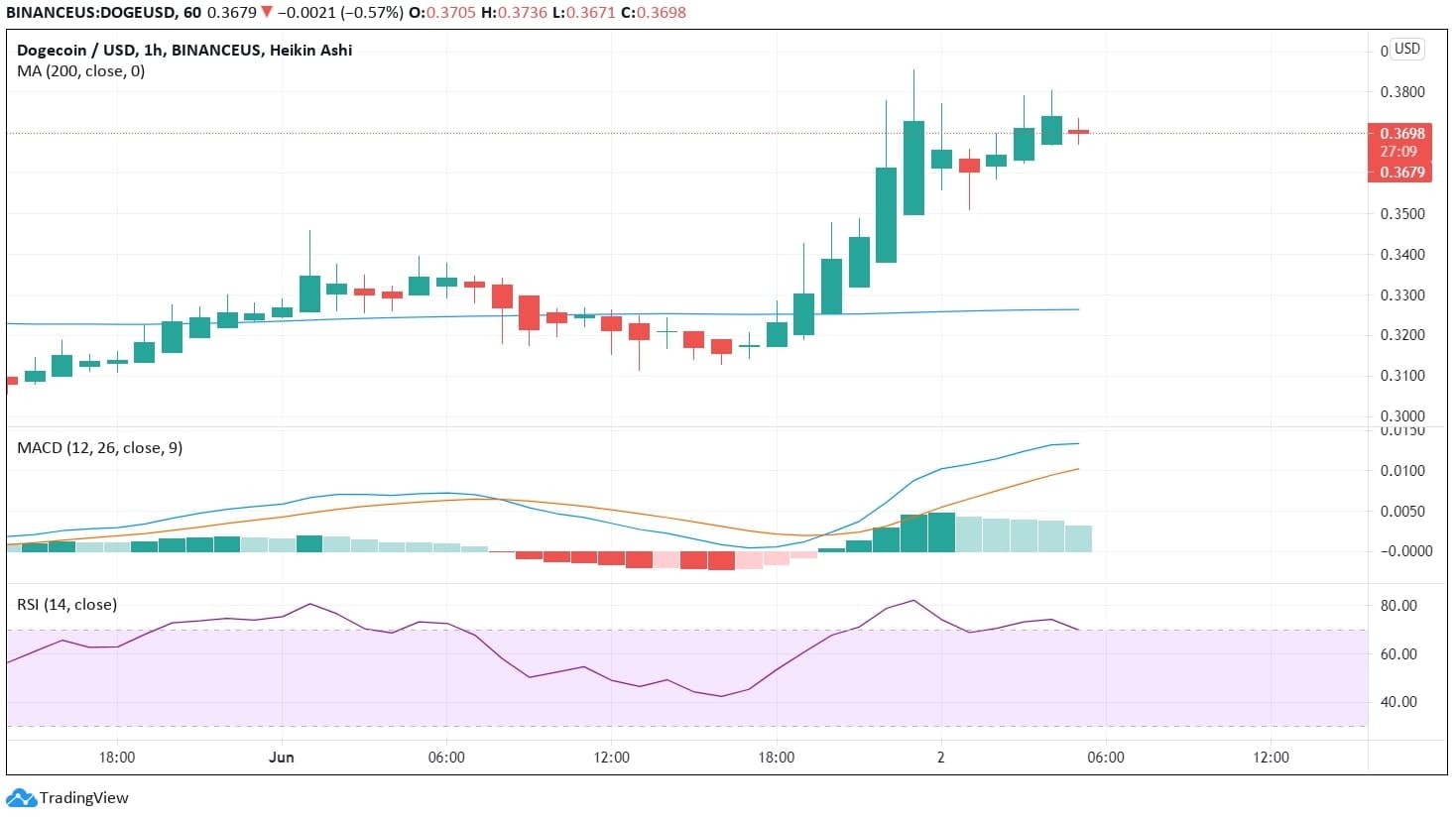 Hiken Ashi charts are also showing an up move, but the indications of MACD and RSI on hourly charts indicate a profit booking. According to our Dogecoin predictions, wait for a good buying opportunity for making a fresh entry.

Short positional trades are in a negative trade, but daily traders can expect a decent up-move from the current levels. It is noted that traders and investors considering longer time frame charts have a higher probability of winning on trade.