After the recent news of the Twitter acquisition by Elon Musk, the Dogecoin price drove hugely last week. Before that news, Dogecoin was consolidating within a range, it is still consolidating, but it has formed higher highs on the short-term chart.

The deal was full of turns and twists because earlier Elon Musk canceled the deal with Twitter, but now the recent news has ignited speculation in the market. Most DOGE community members expect Elon Musk to integrate Dogecoin payment on Twitter because he backed the coin as the ‘People’s Coin.’

However, all these uptrends are full of speculation, so we do not think it will form an all-time high in the next few months. Meme coins are generally influenced by such news, and that is why traders must be highly active on these coins to capitalize on the momentum.

As this move is full of speculation, it will not be sustainable. You should not invest in Dogecoin for the long term, but if you wish to do so, you must read our DOGE forecast.

It is difficult to find any all-time high in this uncertain time, especially in meme coins. Unlike other meme coins, Dogecoin will perform well in the short term. It will see some outflows as the market is preparing for the next FED rate hike, but DOGE is a dependable option for the next few months. 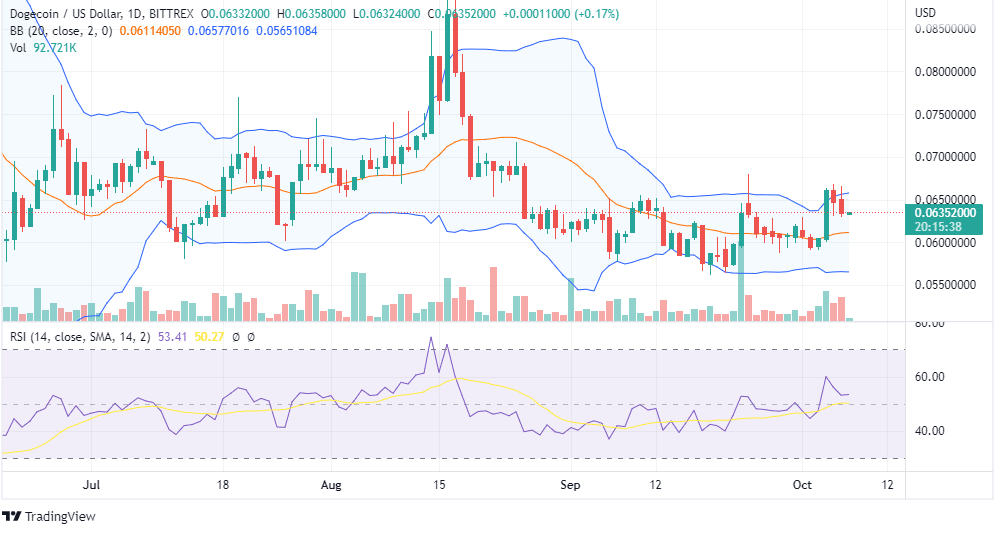 While writing, DOGE was trading around $0.063. Over the last five months, Dogecoin has been consolidating between $0.075 and $0.057. The candlesticks are forming in the upper Bollinger Band, and RSI is strong for the short term, so you may invest with a target near strong resistance.

On the daily chart, DOGE candlesticks are forming higher highs and higher lows, which is good for the short term but will not break the resistance soon. 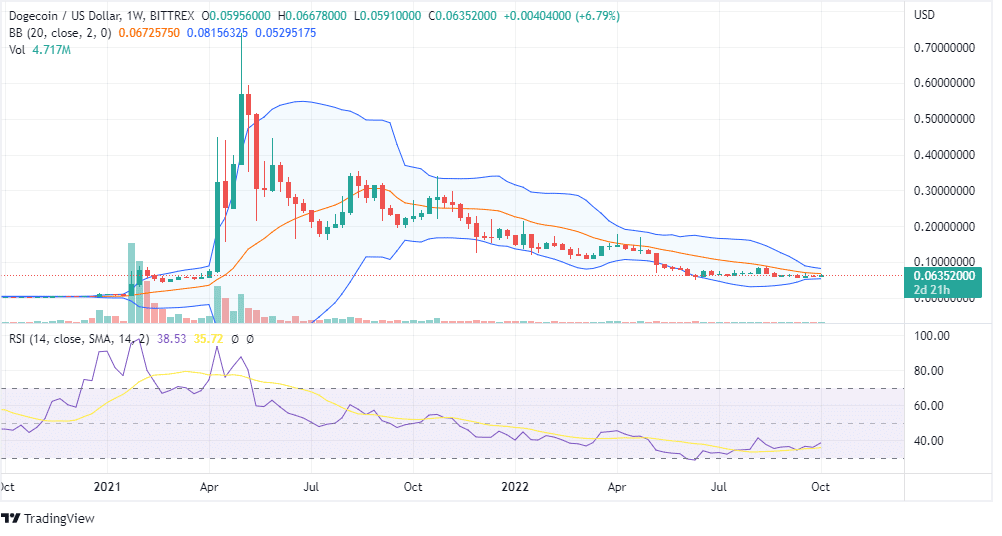 However, we do not think meme coins like Dogecoin are suitable for long-term investment because these are mainly influenced by news in social media. If you are active on social media, you can start momentum trading on the DOGE. Please add it to your watch list to get profit for the short term. The weekly chart is still bearish, and it can fall to the level of $0.05.