Dogecoin emerged as a popular cryptocurrency in 2021, and it has given more than 3000% return till now. Billy Marcus and Jackson Palmer created this meme coin in 2013. It has started as fun of Bitcoin, but it raises money for the good cause of society.

It runs on a decentralized blockchain technology just like Bitcoin or Ethereum. It is a secure digital ledger that stores all transactions using a decentralized system. It uses cryptography to make all transactions secure. Though it is used to pay fees on the network, it is not treated as a good store of value like Bitcoin. It does not have a hard cap, which makes it highly inflationary by design.

Elon Musk named Dogecoin as ‘people’s crypto,’ which increases the demand for this coin. He announced that DOGE could be used to purchase Tesla’s merchandise, such as Cyberquad, Cyberwhistle for kids. Now it is interesting to see the price behavior of Dogecoin. 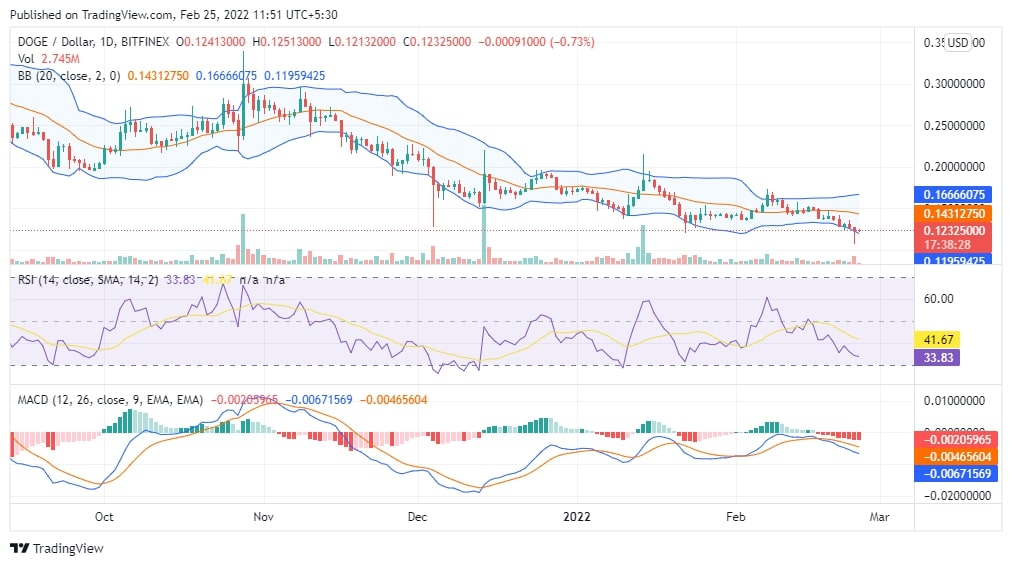 While writing this analysis, the price of Dogecoin is trading around $0.123. Overall, the chart is very bearish, with occasional lower highs, and it is not a great chart for investment right now. Still, we will follow the indicators.

The MACD is bearish with red histograms on the daily chart, and the RSI is also in the oversold zone around 30. The candlesticks are forming in the lower half of the Bollinger Band. Due to sudden global news, yesterday’s candlesticks broke the lower half, but we can see a short recovery from that lower price.

By analyzing the daily chart, we think $0.13 is a support level, and $0.16 is a strong resistance level. That means candlesticks have broken the initial support level. Now it is difficult to tell when the correction will end. 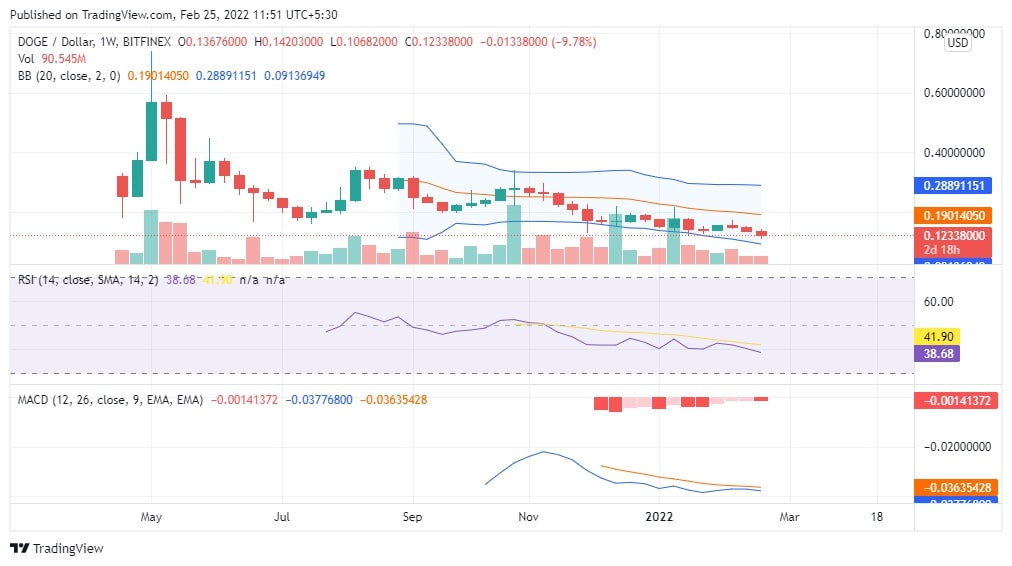 On the weekly chart, the price behavior is clearer because we can see lower highs and lower lows, which is not good for long-term holding. The MACD shows red histograms and bearish trends, and the RSI and Bollinger Band both reflect long-term bearishness. To know more about whether you should invest in Dogecoin or not, traders should explore the coin’s future by exploring projections and analyzing technicals.

These types of meme coins are more influenced by social media news. No one can predict the exact future of Dogecoin because it does not have strong fundamentals. If you are too active in social media, you can invest for the short term. Any good news about Dogecoin will influence the price, and you will get a good return on investment.