Dogecoin has so far surpassed the $0.2666 resistance level for the last month. While other cryptos are trending and making fresh highs, it is confusing why DOGE is not moving. Although it’s no sign of any weakness, meme-based cryptocurrencies are meant to be volatile.

Flash crash of October 21, 2021, recovered within minutes, and as such, despite warnings and all, one must take due cognizance of its immediate support and resistance level before making any entry. Dogecoin has a strong supportive trendline which has limited any retracement after getting rejections at $0.2666. Dogecoin ranks at the ninth position because of some retracement in USDC coin, and so have others also benefited from the same.

Dogecoin has been attempting to rally but so far has failed to shake the sellers off its back. Furthermore, the notification of Binance CEO that such activities are going to become repetitive ignites a sense of precaution when buying and selling cryptos, especially one that holds just sentimental value. 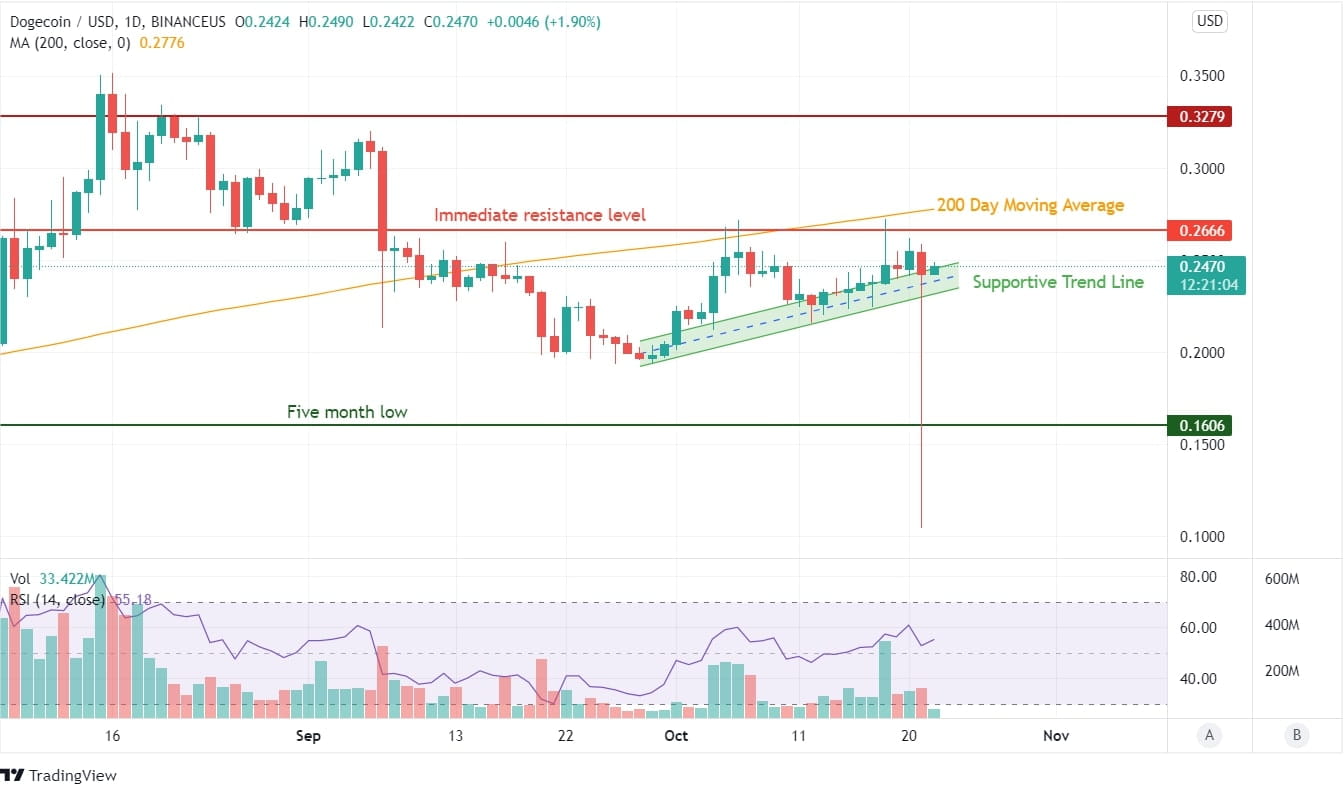 Dogecoin is facing quite a resistance from its 200 DMA level that has been rising since the last few months with a consistent rate. It indicates strong buying and a positive stance of its historical price movement in the longer term of six months. However, this stance is not being reflected in dogecoins; immediate movement. RSI has slowly maintained its ground in between 50 and 60 levels, which indicates a positive stance but lacks in terms of strong buying sentiment.

To become trending again, Dogecoin needs to breach the 200 DMA, which has become a strong resistance hindering any price spikes. Based on our Dogecoin forecast, a movement above 200 DMA could ignite a buying sentiment as we have witnessed his Shiba Inu. Keeping track of a breakout could provide an important level for buying Doge.

Polkadot (DOT) Hits a Fresh Three-Month High! $50 Is the Next Target!